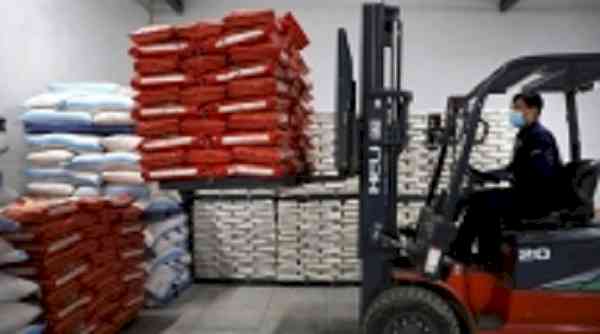 New Delhi, Oct 29 (IANS) The Central Bureau of Investigation (CBI) has filed an FIR over alleged bank fraud by a Gujarat-based rice company, wherein the accused duped three banks of Rs 114.06 crore during the period 2010 to 2015.

The probe agency registered a case against Nadiad-based Shri Jalaram Rice Industries Pvt Ltd and its directors Jayesh Tribhovandas Ganatra and Bipin Tribhovandas Ganatra among others on a complaint from Bank of Baroda, Corporation Bank and Union Bank of India on cheating allegations, an official statement said on Friday.

The accused persons had been sanctioned various credit facilities under consortium of banking, it said. It was further alleged that the borrower company submitted false book debts to induce banks to sanction credit facilities. The loan proceeds were allegedly siphoned off by the borrower company, thereby, causing a loss of over Rs 114.06 crore to Bank of Baroda, corporation Bank, and Union Bank of India.

The CBI also said that searches were conducted at six places including in Ahmedabad, Nadiad, Bavla of Gujarat which led to the recovery of incriminating documents. The investigation is continuing, according to CBI.