BSF seizes drugs worth Rs 6 cr, one held in Mizoram 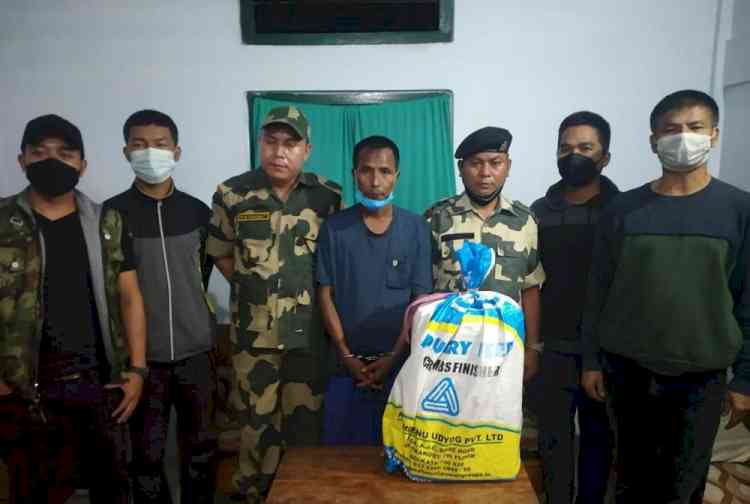 A BSF spokesman said acting on a tip-off, the para-military soldiers on Friday evening laid a trap at Chhinluang village along National Highway-306 and detained the 47-year-old drug peddler Ramneithanga and recovered 808.6 gram of heroin contained in a bag from his possession.

The apprehended person along with seized contraband have been handed over to the Excise and Narcotics department for further legal action under the Narcotics Drugs and Psychotropic Substances (NDPS) Act.

Officials suspect that the drugs were smuggled from neighbouring Myanmar. The drugs specially the heroin and highly addictive methamphetamine tablets, also commonly known as 'Yaba' or 'party tablets' or 'WY' (World is Yours), is a synthetic drug containing a mix of methamphetamine and caffeine and various other contraband as well as arms and ammunition were often smuggled from Myanmar which shares a 1,643-km of unfenced border with four north-eastern states -- Mizoram (510 km), Arunachal Pradesh (520 km), Manipur (398 km) and Nagaland (215 km).

Chemicals of bombs used in Pulwama attack were sourced...

Sibal comes in support of Priyanka