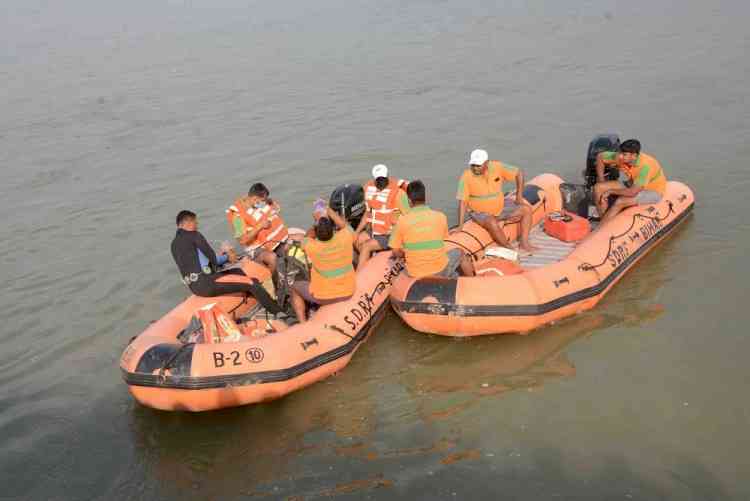 Guwahati, Sep 11 (IANS) The body of one of the two persons missing since Wednesday's boat capsize at Nimatighat in Assam's Jorhat district was recovered on Saturday near the Biswanath Ghat in the Brahmaputra river, officials said.

With the recovery of the body four days after the mishap, the death toll in the boat tragedy has increased to two.

According to the officials, the body of Indreswar Bora, who was missing after the tragic ferry accident, was recovered by the forest department officials on a riverine island named 'Bhasa island' at Biswanath Ghat.

The other missing victim, a doctor from Jorhat, is yet to be traced even as search operations in the surrounding water areas and in the downstream locations are going on.

According to the police, the private boat 'Ma Kamala', travelling from Neamatighat to Kamalabari ferry point in Majuli island, collided with mechanised ferry 'Tripkai', operated by the state Inland Water Transport (IWT) Department, when it was heading to Neamatighat, leading to the accident.

Assam Chief Minister Himanta Biswa Sarma, who had visited the accident site on Thursday, has banned all single-engine private boats from plying on the river island Majuli besides ordering a high-level probe into the incident.

Sarma had said that if the owners wish to convert single engine to marine engine, the state government would provide a grant of Rs 10 lakh with 75 per cent subsidy.

"From now onwards, four IWT ferries would provide service between Kamalabari and Neamatighat and soon two more ferries would be sent to Majuli. Apart from the ferries, two Ro-Pax would also be operationalised," he had said.

About the status of the bridge connecting Jorhat with Majuli, the Chief Minister had said that construction would start from November and it would take four years to complete the project.

Nitish Kumar not to participate in Jind rally on Sep 25