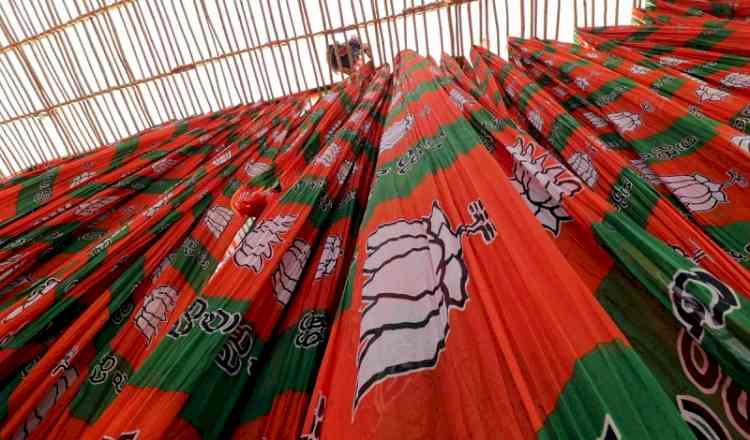 Gearing up for the next years' municipal polls in the national capital, the BJP on Saturday launched its plan of holding 11,000 meetings with 500 community leaders on board to target different sections of people across Delhi. In these meetings, decision taken by the Modi government, which were deemed to be "historic" by its followers will be the top talking-points.

People from Purvanchal, Uttarakhand, North-east, South India and youth among them will be the main target of the party.

"Total 11,000 meetings will be held across Delhi for which 500 people from different communities in the capital have been trained by the party. We have been given a month's time to achieve this target but it could easily go beyond that," a senior BJP official told IANS.

Elections to three Municipal Corporations of Delhi (MCD), where the saffron party has not lost since 2007, will be held in April next year.

Early this month, Delhi BJP general secretary Harsh Malhotra had told IANS that the meetings will be held in small groups of around 25 to 50 prominent people from these groups.

Pandemic was cited as the reason behind restricting the number of people.

Moreover, about a fortnight ago, 14 prominent leaders of the BJP state unit, including Delhi BJP chief Adesh Gupta had spent a night with people in different parts of city to know about the response of the masses.

"Our main agenda behind these meet ups is to inform the concerned communities about the schemes introduced by the Modi government for their benefit and the promises on which Kejriwal-led Delhi government failed to deliver," the source said.

The party has targeted communities based on their profession, region and religion for a larger impact.

"For examples, groups like traders, residents welfare associations (RWAs) will have separate meetings, where they will discuss the Modi government's schemes, launched specifically for their communities. Similarly, in a meeting of Purvanchal community, people will be told about Ram Mandir and the Purvanchal Expressway project," it added.

Other than campaigning for the BJP ahead of MCD elections, we are also creating new leadership in this way. These 500 leaders have been trained for these meetings and will be kept battle ready for future also. A party-vice president's or general secretary's speech will not have the same impact as that of someone from one's own group, the official said.

With the Aam Aadmi Party (AAP) on the front, BJP which is already burdened with the anti-incumbency factor of three terms, faces a strong challenge this time.

To negate the anti-incumbency factor during the 2017 municipal polls, the saffron party had denied tickets to all its sitting councillors.

(Radhika Tiwari can be reached at [email protected])

India's Jyothi storms into the final in World Archery Championships

Goa's islanders back down, take part in naval flag hoisting...

Violence in UP's Lakhimpur-Kheri after farmers run over...