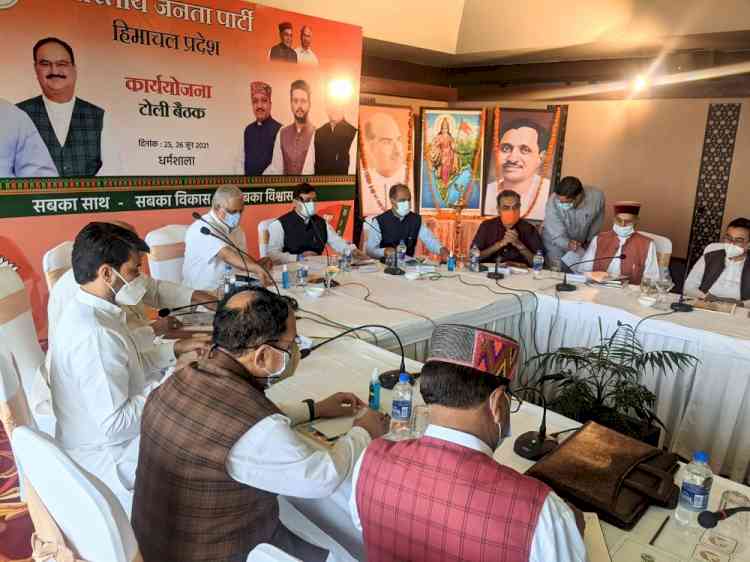 Dharamsala: Chief Minister Jai Ram Thakur reached Dharamsala this morning to attend the Himachal Pradesh BJP Working Core Committee meeting. In the two days meet , high level party officials shall discuss the BJP Mission Repeat in 2022 assembly elections of the state. At the same time, the next strategy will also be made regarding the upcoming by-elections of Mandi parliamentary constituency and Fatehpur and Jubbal Kotkhai assembly constituencies’ .All of these seats are lying vacant due to the deaths of a MP and two MLAs.   National General Secretary BL Santosh, Union Minister of State for Finance Anurag Thakur, former Chief Minister  Prem Kumar Dhumal and Working Committee members are attending the meeting.

Earlier on arriving at Dharamsala this morning CM met the public at circuit house before proceeding for a party meet. He said , “Today I am on a Dharamshala tour. Here I listened to the problems of the local people, most of their  problems were resolved, along with this, instructions were given to the local administration and the concerned departmental officers to resolve the remaining demands and problems. It is our commitment to meet with the expectations of the people.”

Tension during 'Mahapadyatra' by Amaravati farmers