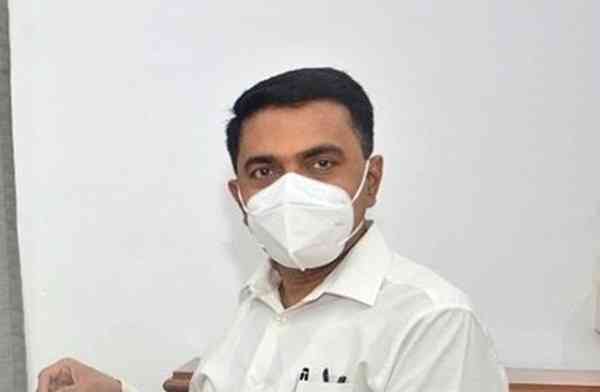 Panaji, Sep 1 (IANS) The ruling BJP on Wednesday ignored the accusations levelled in Congress' memorandum to Goa Governor P.S. Sreedharan Pillai, in which the Opposition has sought dismissal of the coalition government led by Pramod Sawant, citing a breakdown in the law and order machinery.

Speaking to reporters state Bharatiya Janata Party president Sadanand Shet Tanavade said that there was "nothing wrong" with the opposition making such claims before a Governor.

"It is their (Opposition's)job. They have to show their existence. Nothing wrong in that," Tanavde said.

On Tuesday, top Congress leaders including state party president Girish Chodankar and Leader of Opposition Digambar Kamat met Pillai and submitted a memorandum containing grounds for dismissal of the BJP-led coalition government in the state.

"This government has no moral right to remain in power. The Governor of Goa should take serious note of the collapse of the law and order situation in the state and dismiss the BJP Government immediately," Kamat told reporters after meeting the Governor late on Tuesday.

"There is a steep rise in criminal activities in Goa. The incidents of rapes, murders, mysterious deaths, kidnappings, gangwars happening almost on a daily basis. The BJP Government headed by Chief Minister Dr. Pramod Sawant has 'transformed' Goa and failed to provide safety and security to Goans," the memorandum stated.

The four-page memorandum detailed a series of crimes against women and shoddy police investigations as one of the important grounds for the dismissal of the state government.

"The police department is yet to come to the conclusion of the mysterious death of a young girl Siddhi Naik whose body was found at the Calangute beach on August 12. On Tuesday, there was an incident of a father raping his own 6 year old daughter in Salcete. On the same day, an attempt to abduct a girl in Ponda was reported by the parents of a teenage girl. This shows that there is no fear in the minds of the people about the police and the government. The anti-social elements feel that Goa is now a criminal destination," the memorandum said.

Helpline established by Kashmir police in view of bad weather