BJP back-stabbed Nitish Kumar, not the other way round: Lalan Singh

Union Home Minister Amit Shah's rally in Purnea on Friday raised the political temperature in Bihar as the ruling Janata Dal-United mounted a fierce counter-attack on his criticism of Chief Minister Nitish Kumar and the party.

Patna/New Delhi, Sep 23 (IANS) Union Home Minister Amit Shah's rally in Purnea on Friday raised the political temperature in Bihar as the ruling Janata Dal-United mounted a fierce counter-attack on his criticism of Chief Minister Nitish Kumar and the party.

"During the 2020 Assembly elections, the workers of JD-U were helping BJP candidates in winning the seat and the workers of BJP were involved in defeating the JD-U candidates. That was the reason why we have a lesser number of seats (43) and your (BJP) seats increased in Bihar. So you have backstabbed Nitish Kumar and he did not backstab you," he said while interacting with media persons in New Delhi.

"(Prime Minister) Narendra Modi, in the run-up to the 2014 Lok Sabha election, had promised 2 crore jobs every year, Rs 15 lakh in every bank account and many other promises. After the formation of the government, you (Shah) had said that it was a Jumla which was often made during elections. So you are the declared Jumlebaz of the country and Nitish Kumar does not need to learn a lesson of morality from you," he said.

"You illegally formed the government in MP and Maharashtra. You have tried to demolish the elected government of Delhi, you are responsible for the uncertainty in Jharkhand and you are talking about morality. You have created a new definition of morality. If any corrupt politician joins the BJP, he/she turns clean and if any politician facing corruption charges or you declare them corrupt and sitting in the opposition camp, you start investigation of the CBI and the ED.

"The Karnataka High Court had said that investigation needed against former Chief Minister B.S. Yeddyurappa. He is facing corruption charges, why are you not initiating a CBI investigation against him?. Do you have any answers?" the JD-U leader asked.

Noting that Nitish Kumar was part of the NDA since 1997 "when respected Atal ji (Prime Minister Atal Bihari Vajpayee) and respected Advani ji (Deputy Prime Minister) L.K. Advani were leading the BJP and the NDA", he said: "We had no conflict with them for a single minute and continued till 2013. In 2017, we went with you and it was our mistake. We admit our mistakes. Now, we are with Lalu ji (RJD chief Lalu Prasad Yadav). Lalu ji and Nitish ji are the socialist leaders who emerged from the JP movement, worked with socialist stalwarts like Ram Manohar Lohia ji and Karpoori Thakur ji. So both these leaders are having similar ideologies," he said.

Reacting to Amit Shah's "new leader" jibe, Lalan Singh said that he does not need a certificate from him.

"Before talking to anyone, he should know the history of a leader. As far as I am concerned, I was associated with the Sampoorna Kranti movement of 1974 of Jay Prakash Narayan ji as a student leader. What was his political history? He should tell the people of the country about when he started politics and what was his career? Becoming a Home Minister does not mean he is a big leader of the country," he said.

"In the 2019 Lok Sabha election, there were 50 parties that are the alliance partners of BJP. What is the status now? Is anyone there with it? Everyone left BJP now as they have backstabbed everyone. Not only that, they have also backstabbed the leaders of his own party. His party's national President said in Patna that all regional parties would be destroyed from the country and only the BJP would stay there. At present, only two leaders are running BJP and other leaders have to worship them. No one in the BJP now dares to take the name of respected Atal ji or respected Advani Ji. They knew that if they take the name of those two leaders, they would be thrown out from the party," he said.

He said that Amit Shah is "scared" after Nitish Kumar formed the government with Lalu Prasad and five other parties in Bihar.

"When Nitish ji and Lalu ji came together in 2015, PM Narendra Modi had conducted 43 rallies in Bihar and won only 53 seats. In 2024, the people of Bihar will show him a real trailer and be wiped out from the state. A movement started from Bihar and replicated in the country to make the BJP Mukt nation.

"Amit Shah said that Nitish Kumar is dreaming of the Prime Minister's post. I must reiterate that Nitish Kumar never said that he wanted to become the Prime Minister or he claimed to be the prime ministerial candidate of the opposition parties for the 2024 Lok Sabha election. He only said that he wanted to unite the opposition parties of the country to challenge BJP and throw them out from the Centre," Singh said.

Not in race for Cong president post: Digvijaya Singh 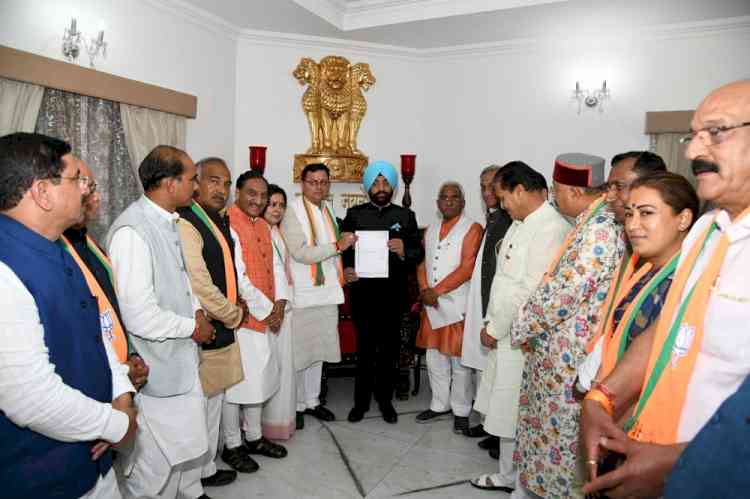 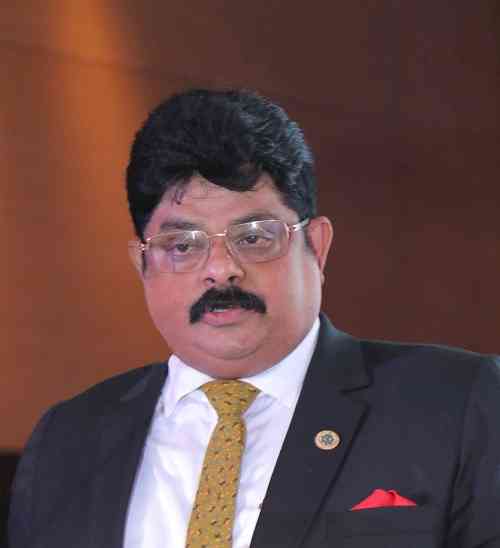 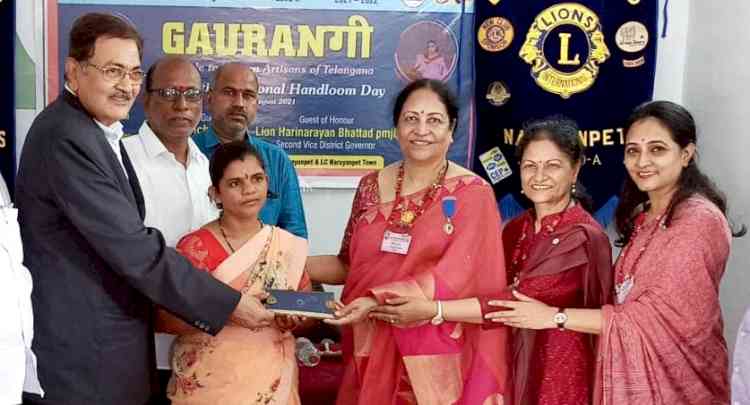