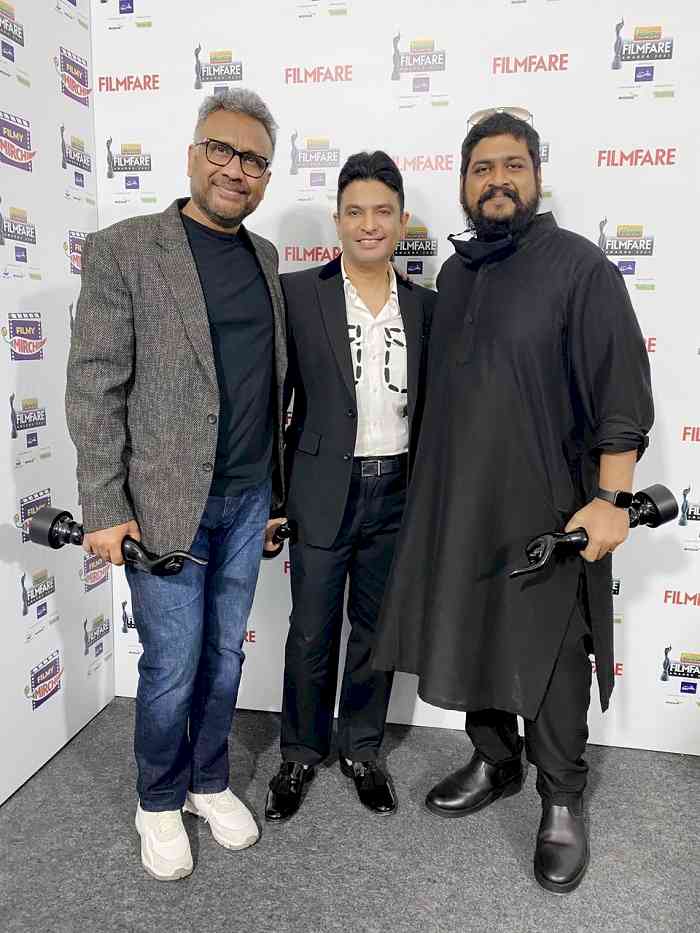 Bhushan is busy with several projects

Bhushan Kumar’s T Series has always played an integral part in bringing different genres of cinema to audiences every year. The production house makes sure that they churn out films that not only entertain the masses but also leave a significant mark on the hearts of the audience. Last year was no different as the T-Series tycoon backed several commercial yet meaningful films which were loved by the audiences like Thappad directed by Anubhav Sinha & Tanhaji: The Unsung Warrior directed by Om Raut.

Both the projects garnered a lot of praise for their cinematic prowess and recently won big at the Filmfare Awards 2021. While Thappad won the Best Film award, Tanhaji: The Unsung Warrior got Om the Best Director award, both the films won as many as 7 & 4 awards respectively this year enough for Bhushan Kumar, Anubhav Sinha and Om Raut to celebrate their passion to showcase the stories that they believe in.

Taking ahead his association with both the directors, Bhushan Kumar has backed Anubhav Sinha’s next directorial, a thriller - ANEK starring Ayushmann Khuranna while the producer’s next with Om Raut is the magnum opus Adipurush starring Prabhas, Saif Ali Khan, Kriti Sanon. Speaking about his fruitful associations with both the directors, Bhushan Kumar says, “Anubhav & Om are truly powerhouses of talent. Their passion, vision and talent in the world of cinema is what made me believe in them and produce their films. After seeing the tremendous appreciation the industry and audience showed for both their directorial films, I am sure my belief in them supported by others and our forthcoming ventures will be superhits too.”