Bhojpuri megastar Ravi Kishan gets candid about his tv show 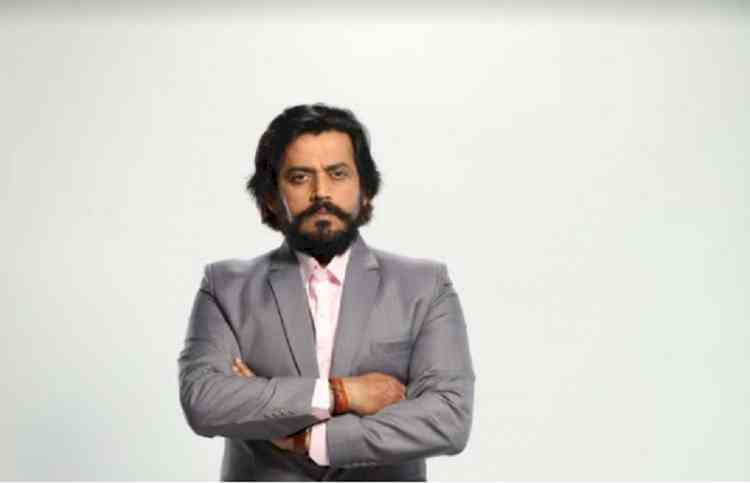 Giving a glimpse into the most baffling crime cases in &TV’s 'Mauka-E-Vardaat', Bhojpuri megastar Ravi Kishan gets candid about the show and his role in detail.

•    Describe your role in the show. Do you like watching crime shows?
•    As you must have seen in the show, I am giving a glimpse into various incidents, compelling the audience to find out how a seemingly impossible crime was conceived and made possible. I find crime-based shows to be intriguing and informational as it helps me know what kind of crimes surround us and how we can be more mindful and aware. I believe that there is a curious cat in everyone who is looking for more information. When anyone watches a crime show, the main hook point for them to know how-it-happened, who-did-it, and what-happens-next, but this show very successfully builds intrigue on howdunnit than a whodunnit. Even when I signed the show, I was confident that Mauka-E-Vardaat has the potential to strike a chord with the viewers for the kind of stories and the treatment offered to them.

•    Any special preparations you undertook for your role?
•    Yes definitely, I had to give my undivided attention and focus on preparing myself to understand the stories' entire plot and depth. The crime genre is much more challenging than your daily drama or comedy; it involves much more gravity. Some stories are so gruesome that it shocks and shakes your core. To make one feel the sentiments that I felt while reading the chilling experiences was challenging to achieve through the medium of the camera, hence, I worked on the intensity and depth in my voice to establish the same. Through my words and presentation, I made the viewers a part of my world for them to fit into my shoes as I go through every plot-twist or climax.

•    You have been on television and films, which of the two platforms do you prefer the most and why?
•    Choosing between the two is a tricky one, as I have had the best of both worlds. After accomplishing a substantial number of over 600 films, I have aced the craft and act. But when we talk about television, it gave me a new life! One rarely gets to make a name and gain fame on not just one, but across two of the most critical platforms the creative arts have to offer, and I feel fortunate to be one of them. Television industry gave a new dimension to my personality; it helped me widen my creativity, explore and experiment more. Each show has given me a lot of appreciation and recognition.

•    Any personal experience (current or past) of a crime or an unfortunate incidence you witnessed that made you more alert and vigilant as a citizen?
•    There have been multiple instances in the past that have come under my purview regarding wrongdoings and crime. It indeed saddens me to hear various crime happening around us. Despite the tremendous efforts made by our police forces and authorities, it is down to the citizens to vigilant about such mishappenings. There hasn't been such an instance or unfortunate occurrence that I can recall, but I keep a tab on things happening around me to update myself and stay alert.

•    What are other projects currently in the pipeline?
•    I am currently a part of three web-series, five Hindi films and four Bhojpuri films, which means, I am pursuing a total of 12 projects this year! I am undergoing a lot of training for each of them, and for my supporters in Gorakhpur, all I want to tell them is that something is exciting coming up.

•    Your message for the viewers/readers?
•    My only message to the viewers is to keep their eyes open, be aware and watch out of any signs of a possible crime. Your safety always comes first. A criminal doesn't always look or behave like one, so it is essential to be mindful of your surroundings and teach your children to understand the difference between right and wrong, be aware and most importantly be cautious and alert. It is a joint effort and at the end of the day, it is the lives of our loved ones that matter the more than anything in the word.

Hiba Nawab speaks on her bond with Shubhashish Jha

Trails of surprises and shocks are in store this week