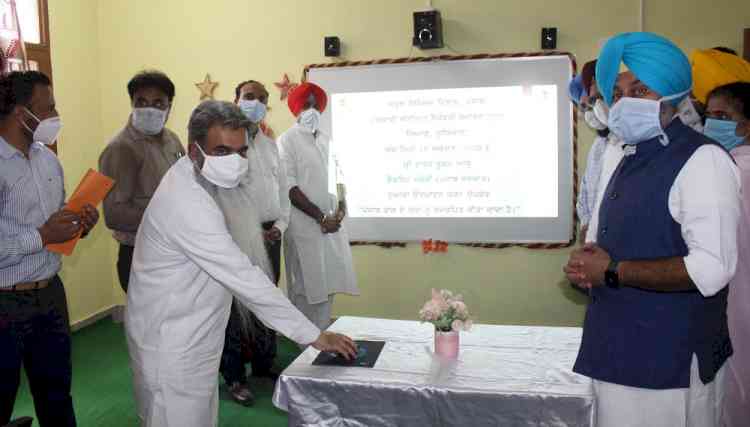 Siarh (Ludhiana): Punjab Food, Civil Supplies & Consumer Affairs Minister Mr Bharat Bhushan Ashu today said that to uplift the standard of education in the state, the Capt Amarinder Singh led Punjab government is committed for developing Smart Schools. He said that several government schools in the state have been converted into smart schools, where the students get best education using latest audio-visual aids.

While appreciating the cleanliness and infrastructure of the school premises, Mr Ashu announced a grant of Rs 2 lakh from his discretionary quota for the development of this school and Rs 20 lakh for development of Payal constituency. He said that smart classrooms have been developed in all government schools falling under the municipal limits of Ludhiana city and now, smart classrooms would be developed in government schools falling in rural areas.

Khanna MLA Mr Lakhvir Singh Lakha said that special emphasis is being given towards uplifting the standard of education in government schools. He said that it is due to constant efforts of the Punjab government that the results of government schools are showing excellent results. He assured that more such smart schools for the benefit of students residing in Payal constituency would be developed.