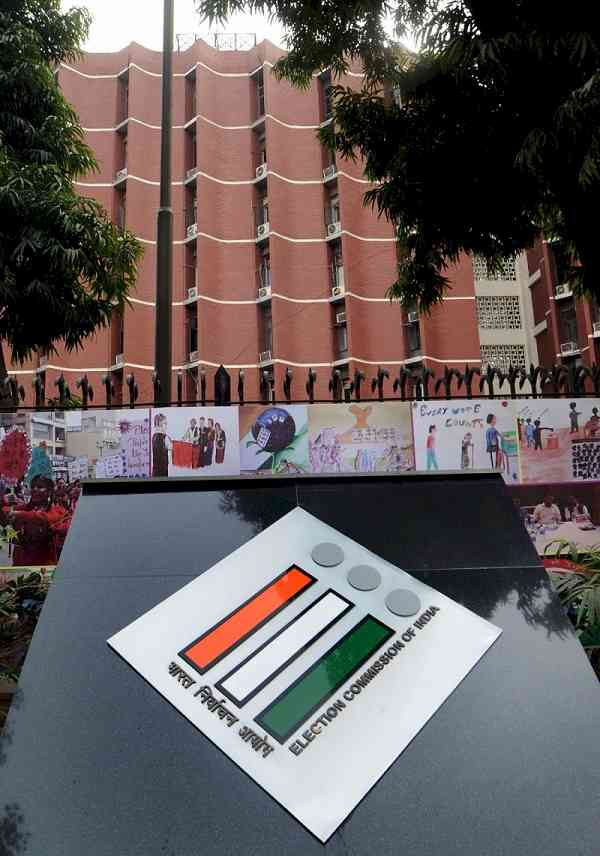 Kolkata, Sep 15 (IANS) The Election Commission has issued a show-cause notice to the BJP candidate for Bhabanipur bypolls, Priyanka Tibrewal, for alleged violation of Covid protocols by gathering a large number of supporters while filing her nomination paper.

On Tuesday, the BJP had objected to West Bengal Chief Minister Mamata Banerjee's nomination for the same bypolls, on the ground that she suppressed information in her affidavit.

The Trinamool Congress in its complaint alleged that Tibrewal violated the Model Code of Conduct and the Covid-related guidelines by gathering "an unruly mob" of not less than 500 without any prior permission.

She even performed a 'Dhunuchi Nach' (traditional Bengali dance, generally performed during Durga Puja) at places on the way to file her nomination, the Trinamool claimed.

The notice issued by the returning officer also referred to a report submitted by the officer-in-charge of the Bhabanipur police station where he mentioned traffic congestion following a big assembly of BJP supporters on Sambhunath Pandit Street and other places.

Tibrewal, however, denied the allegation and said, "The Election Commission has sent me a letter after the Trinamool filed a complaint alleging that I had taken a huge number of people when I had gone to file my nomination and thus violated the Model Code of Conduct as well as the Covid-19 protocols. I will reply with whatever will be my answer," she said.

"I would also like to say that Suvendu Adhikari was alone in my vehicle. There was no one else. Arjun Singh and Dinesh Trivedi came in their own vehicle. So how did I violate the poll code? There was no flag in my vehicle either," Tibrewal added.

On the allegation of carrying supporters along with her, the BJP leader said, "I had not led any crowd. It's not my duty to see who was on the roads on bikes and four-wheelers. It's the job of the police and the local administration," she added.

Tibrewal is up against Banerjee and CPI(M)'s Srijib Biswas in the bypoll scheduled to be held on September 30. The votes will be counted on October 3.

Banerjee has to win the bypoll to retain her Chief Minister's post after having lost to Suvendu Adhikari from Nandigram in the Assembly elections held earlier this year.

Maha to set up science city named after Rajiv Gandhi in...

Workshop organised on dying folk art of courtyard and wall...