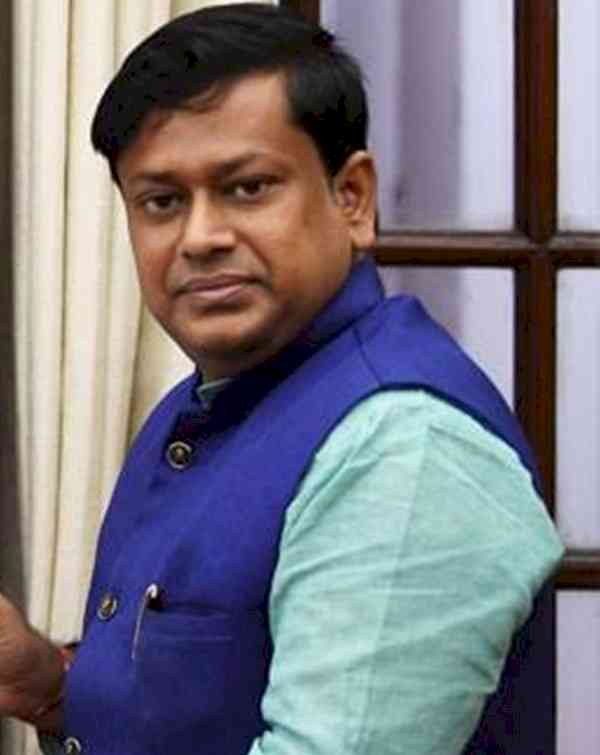 Kolkata, Sep 25 (IANS) A couple of days after newly-appointed Bengal BJP President Sukanta Majumdar was allegedly manhandled by the Kolkata police during his rally with the body of slain BJP leader Durjati Saha near Chief Minister Mamata Banerjee's residence here, the Union Ministry of Home Affairs on Saturday allotted 'Z' category security for the MP from Balurghat.

Speaking to the media, Majumdar confirmed the security allotment and said, "I have received a letter from the Ministry of Home Affairs wherein I was informed that I have been given 'Z' category security."

When asked whether the high security was provided because of the threat perception, Majumdar said, "That I cannot say because I have never asked for any kind of security. Even before coming here, I used to go to the market on my Scooty."

The enhancement of security for the BJP leader from North Bengal is significant because on Thursday, he was seen being forcefully pulled up by the state security forces when he tried to sit in front of the vehicle that was carrying the body of the Saha, the losing BJP candidate from Magrahat West who was allegedly beaten up by Trinamool Congress workers on May 2, the day the Assembly election results were announced. Saha succumbed to his injuries on Wednesday.

Criticising the state government, Majumdar said, "The state has become a haven for terrorists. They know very well that they can stay here without any problem. No one will disturb them and they can very easily carry on with their terror activities."

Majumdar has been awarded the highest level of security among all the BJP leaders of the state. He will be covered by at least 22 security personnel, including four to six NSG commandos, and his convoy will have at least five vehicles.

"The Centre didn't want to take any risk after Thursday's incident and so it has provided a heavy security cover to the state President," a senior BJP leader said.

Zydus receives EUA from DCGI for ZyCoV-D, the only needle-free...