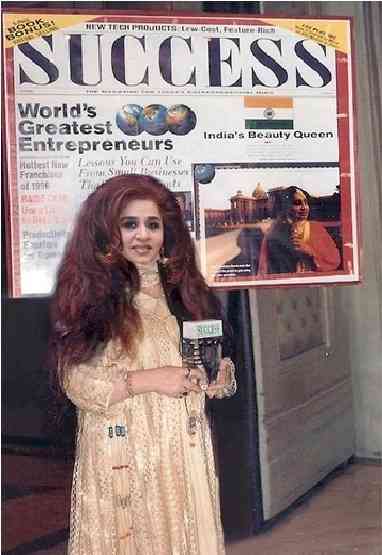 Ms. Husain has been the recipient of several prestigious international awards during her career and this one would be another golden feather in her cap. Shahnaz Husain is the quintessential entrepreneur who recently received the ‘Promoting Ayurveda Worldwide’ and ‘Ayurveda Excellence’ Awards in the British Parliament. She also became a Harvard Case Study on Brand Creation. Now, she is a Harvard subject and part of the curriculum for "Emerging Markets."

In recognition of the international market created by her for Ayurvedic beauty care, Washington Post pens, "Shahnaz Husain has done so much for India's image abroad that she truly deserves the sobriquet of India's Beauty Ambassador."

Business Women Expo with theme ‘Bounce Back’ kicked off at Hitex

Talent Zone now open to serve all tri-city people with...

Buon Appetito with flavours of Italy at Fairfield by Marriott...

Malaika Arora: Don't starve yourself, food is key to get...