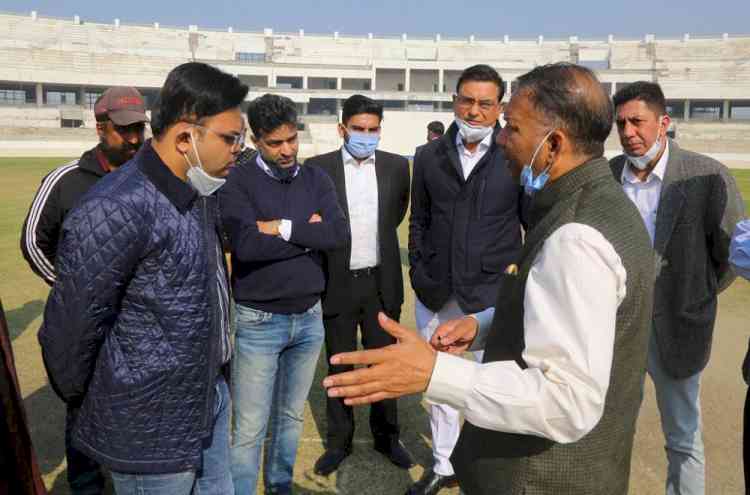 Chandigarh: Jay Shah, Secretary, Board of Control of Cricket (BCCI) in India visited New International Cricket Stadium being constructed by Punjab Cricket Association (PCA) at Mullanpur, New Chandigarh. Mr Shah took over as Secretary, BCCI in October, 2019. Arun Thakur, Treasurer of BCCI also accompanied him along with other officials.

This is for the first time that Secretary & Treasurer have visited the construction site. Mr Shah shared his global experiences and guided PCA team on best practices on construction of stadium and pitches for game. President, Chief Executive Officer, Secretary along with Project Team were present at site. BCCI Secretary advised team to complete of activities to have first match in new international stadium in shortest possible time. The requirement of Project Management Consultant was also discussed along with appointment of Architect having global experience. BCCI team also shared concerns on maintenance and self-sustainability of project.

Mary Pierce to visit New Delhi in search of next Indian...

Sheru Classic sets up battle of brawns as over 300 men...