Remembered selfless devotion and sacrifices of our veterans 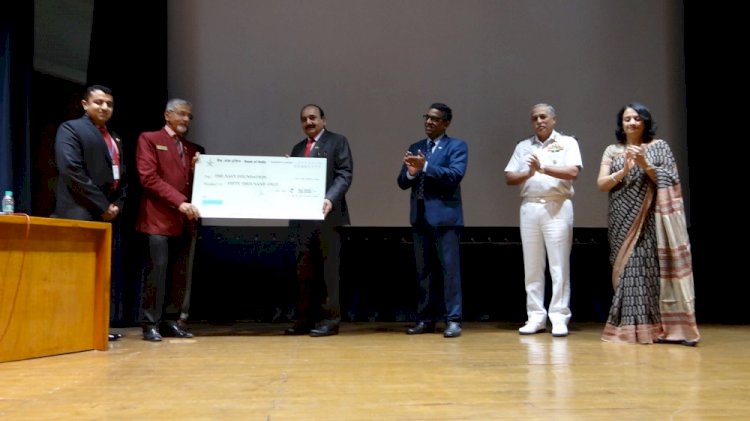 Mumbai: Bank of India, one of the largest public sector bank of the Country celebrated Veterans day today. On this occasion, the Bank remembered the selfless devotion and sacrifices of our veterans who have laid down their lives in the face of external threats and challenges whenever the Nation encountered and dedicating the day to the indomitable spirit of those personnel who served the Indian Armed forces with pride and honour.

The day was celebrated with the Veterans of the three services at the Colaba War Memorial. Wreaths were laid by Presidents of Veterans forums, FOMA, AOC MAO,  GOC(M&G) Area and FOC-in-C (West). This was followed by a lecture delivered by an eminent speaker, Mr Nitin A Gokhale, renowned Defence and Strategic Affairs Analyst during the Admiral Soman Memorial function held at INHS Ashwini Auditorium for the Veterans and serving officers of the Armed Forces and civilian dignitaries.
The topic of the lecture was ‘The New Great Game in the Indo-Pacific’ with special focus on IOR and SCS.