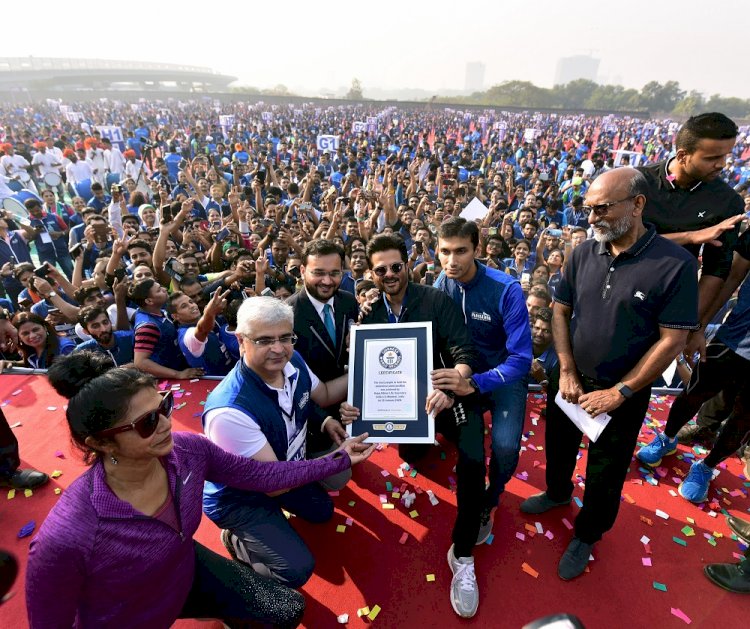 Commenting on Bajaj Allianz Life’s achievement, Mr. Chandramohan Mehra, Chief Marketing Officer, Bajaj Allianz Life Insurance said, “The initiative is reflective of our purpose to activate, further fuel and sustain the fitness movement across India.  Pursuing good health and fitness is increasingly becoming a key life goal for Indians across age profiles.  The experience of collective participation for better health while contributing towards good societal cause, both on social media and on ground, has resulted in tremendous success for initiatives like Plankathon and PlankForIndia”.

Anil Kapoor, Bollywood veteran and fitness aficionado commented on setting a new world record, “I am extremely delighted to be a part of Bajaj Allianz Life Plankathon and to have set a new Guinness World Records with 2,471 people today. I congratulate the team of Bajaj Allianz Life and all the participants who were a part of the PlankForIndia initiative. Not only does this initiative endeavor to support our country's future athletes, but it also encourages healthy living by demonstrating that a daily fitness regime can begin with a simple plank!”