Director, Ram Madhvani opens up about how Bade Achhe lagte Hain was an instant fit for the impact they were looking for in the family crime drama series Aarya, as the soundtracks dropped on Spotify, Jio Saavn and Hungama 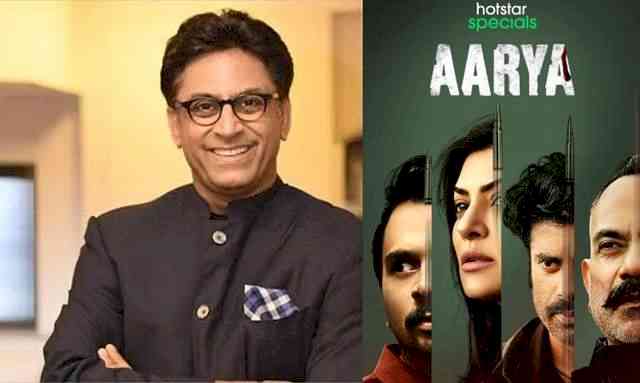 Hotstar Specials series Aarya, a latest family crime drama, has been receiving rave reviews from viewers across the country. Incidentally, the music of the show has also struck a chord with the audience with iconic songs being featured. A song that most individuals cherish, Bade Achhe Lagte Hain, has been used as a key track in the Hotstar Specials’ series Aarya. The series’ nostalgic soundtracks will now be available for listeners across different music streaming platforms.

The series seamlessly blends 70s music in a new-age world to capture Tej Sareen’s love for old music and Aarya’s most fondest memories of him. Fans can catch these nostalgic tracks on the leading music platforms and sing-along to some of the greatest musical hits that made Aarya so relatable.

Speaking about the usage of the track Bade Ache Lagte Hain ahead of the partnership, director Ram Madhvani says, “We have used Bade Ache Lagte Hain in the script keeping in mind that Tej’s character loves old hindi music. This song is an absolute hit with viewers of all ages for its nostalgic and sentimental value. It is mellifluous and brings out so many emotions. We wanted to strike an emotional chord with the audience with this music and decided to make it stand out by using it in a diametrically opposite fashion to the actual scene. For example, you hear this song when Tej’s life fades away, when their puppy Mango dies, or when the kids are re-watching their father’s video. These are scenes of immense loss, fear and pain, but we have used a song that brings an endearing feeling for someone close to you. The idea was to drive this song into every human emotion one may feel while watching the series and create a lasting impact through the journey and to keep Tej alive without resorting to the crutches flashbacks. We used a nostalgic song to keep his memory alive .”

The background score of Aarya and the themes in the soundtrack have been composed and produced by Vishal Khurana and co-produced by Siddhanth Madhvani. Helmed by director Ram Madhvani, the series was also co-directed by Sandeep Modi and Vinod Rawat and featured Sushmita Sen, Chandrachur Singh, Sikandar Kher and Namit Das in titular roles.