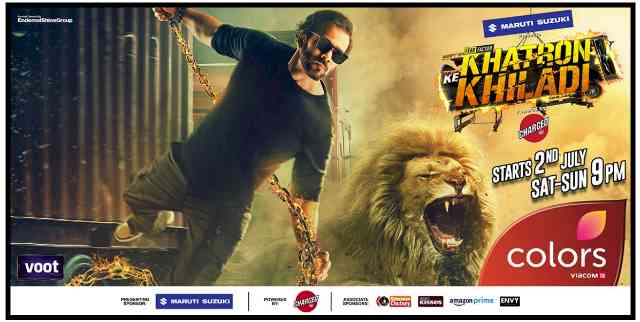 Fear is always looming at every nook and corner and you can’t escape it. India’s most awaited stunt-based reality show Maruti Suzuki presents ‘Khatron Ke Khiladi’ Charged by Thums Up is set to return on COLORS with a blazing new season. The dynamic Demigod of action Rohit Shetty will challenge 14 daredevil contestants with exhilarating stunts as they navigate through their innermost fears in the beautiful boulevards of Cape Town. Packed with lots of Darr and Terror, infused with tons of Dare and Josh, the contestants will have to showcase a lot of Jigar and Himmat to tread through the Khatras. Along with Maruti Suzuki as the presenting sponsor and Charged by Thums Up as the powered by sponsor, the show also welcomes Ching's, Amazon Prime and Hershey's Kisses as the associate sponsors for the season.  Produced by Endemol Shine India, Khatron Ke Khiladi will premiere on 2nd July and air every Saturday and Sunday at 9 pm, only on COLORS.

Nina Elavia Jaipuria, Head, Hindi Mass Entertainment and Kids TV Network, Viacom18 says, “At COLORS, it has been our continuous effort to deliver variety content through our fiction and non-fiction properties.  In the reality entertainment segment, we have pioneered different genres over the years that include dance, singing, talent, voyeurism, and we are once again delighted to bring back our action-based show Khatron Ke Khiladi. Last season the show broke significant records by becoming the no.1 Non-Fiction show in the Hindi GEC space and has received immense love from the viewers and sponsors alike. The excitement amongst the fans is palpable and we are looking forward to a super, action-packed new season.” She further added, “We are elated to continue our partnership with Maruti Suzuki as our presenting sponsor, and welcome on board  ‘Charged’ by Thums Up as the powered by sponsor along with Ching's, Amazon Prime and Hershey's Kisses as the associate sponsors.”

The daredevils who will be competing this season are prominent personalities including the boss lady Rubina Dilaik, India’s most loved bahus Shivangi Joshi and Sriti Jha, Ace choreographer Tushar Kalia, television’s super star Mohit Malik, the super talented Kanika Mann, social media sensation Mr Faisu aka Faisal and Jannat Zubair, the cute and chirpy Aneri Vajani, fashionista Erika Packard, the diva Chetna Pande and the entertaining trio- Nishant Bhat, Pratik Sehajpal and Rajiv Adatia. The contestants will be seen performing adrenaline-rushing stunts such as Sriti slacklining with a snake around her neck, Kanika facing a guard dog attack, Mohit facing the lions, Shivangi enduring electric shocks, Tushar performing aerial stunts, Rubina performing a car stunt, Aneri fighting off the bugs, Jannat tackling with snakes and much more. At every step, at every turn, at every inch, the contestants will be faced with unlimited khatras with no hope of respite.

Manisha Sharma, Chief Content Officer, Hindi Mass Entertainment, Viacom18 said “Khatron Ke Khiladi presents a unique blend of action and entertainment that the viewers so eagerly look forward to every season. We are thrilled to return with another power-packed and adventurous season with the action maven Rohit Shetty as the reining host. He has been an integral part of the show and he will be adding his personal touch and expertise to some of the featured stunts. The new season will have many adrenaline-surging stunts performed by 14 feisty and popular mix of contestants. This time the contenders will be seen exploring new arenas of Cape Town  which will test their mental and physical tenacity like never before.”

Host and action maestro Rohit Shetty said, “Every year, Khatron Ke Khiladi gets bigger and better with larger-than-life stunts and I am looking forward to elevate the action quotient this season. This year, we have an extremely promising lineup of contestants who have been giving each other a tough competition. The show has been built on a larger scale wherein the viewers will see many new stunts in the unexplored locales of Cape Town. Being a part of Khatron Ke Khiladi has always been extremely special to me."

Shashank Srivastava, Senior Executive Director, Marketing and Sales, Maruti Suzuki India Limited, commented, “We are excited to be a part of season 12 of Khatron Ke Khiladi. This is our 4th association with Khatron Ke Khiladi in a row and the partnership has only gone from strength to strength. Khatron Ke Khiladi is an extremely popular show and has created a niche for itself, especially amongst the youth of our country. At Maruti Suzuki, we constantly strive to bring out more youthful and dynamic imagery. We are extremely delighted to associate the iconic Swift with Khatron Ke Khiladi, which since its launch in 2005 has revolutionized the premium hatchback segment in India. The all-new Swift stands out from the crowd and has earned the love of nearly 2.4 million customers with its upright stance, sporty performance and unmistakable road presence which emphasizes individuality. Our partnership with the show resonates with Swift’s proposition of performance and being Limitless. We believe that the Khatron Ke Khiladi contestants of this season will bring Limitless Action to the viewers through their Limitless Performances on the show.”

Sumeli Chatterjee, Head - Integrated Marketing Experiences, Coca-Cola, India & Southwest Asia, said, “We have recently introduced ‘Charged’ by Thums Up to the Indian market, and we are excited with the immense consumer applause and appreciation that has been received for this electrifying drink. With double caffeine and double kick, this beverage is a perfect partner to the action-packed Khatron Ke Khiladi franchise. We are absolutely thrilled to be part of this season.”

Rishi Negi, CEO, Endemol Shine India said, “Over the years, Khatron Ke Khiladi has become the most sought-after destination for action on television. The show has carved a niche for itself and this season is going to be nothing short of a blockbuster. With Rohit Shetty as the host and 14 incredible and popular contestants, the bar is already set high. The viewers will see many jaw-dropping stunts that have been designed on a bigger scale with immense precision whilst enhancing the thrill. With some intense action unfolding in Cape Town, we look forward to a great season ahead.” 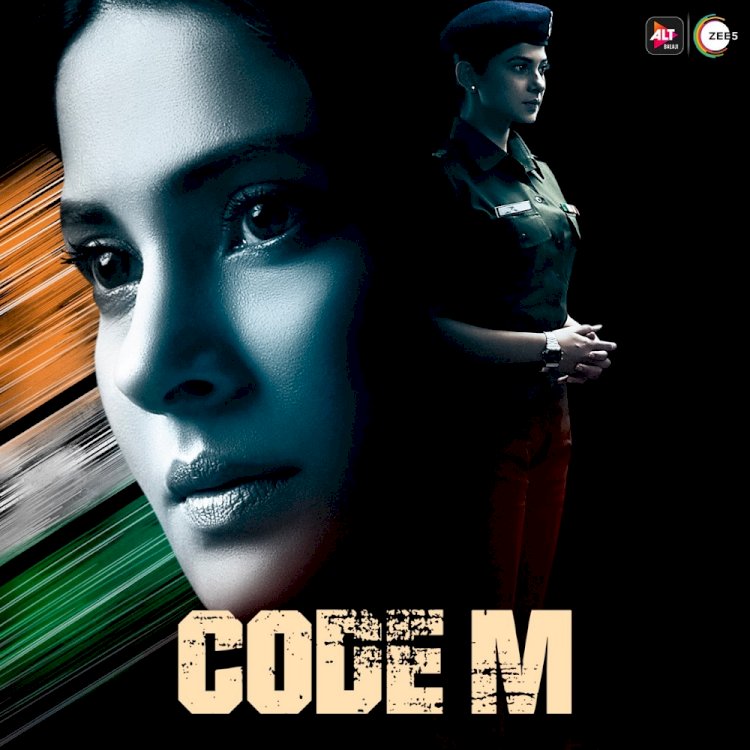 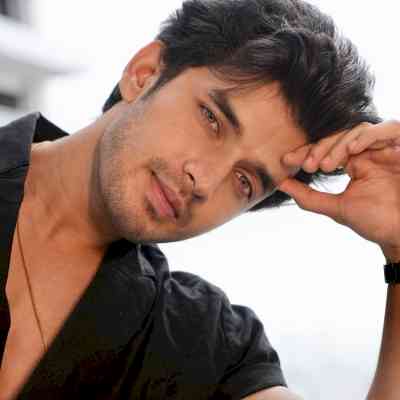 Paras Kalnawat opens up about being part of 'Jhalak Dikhhla... 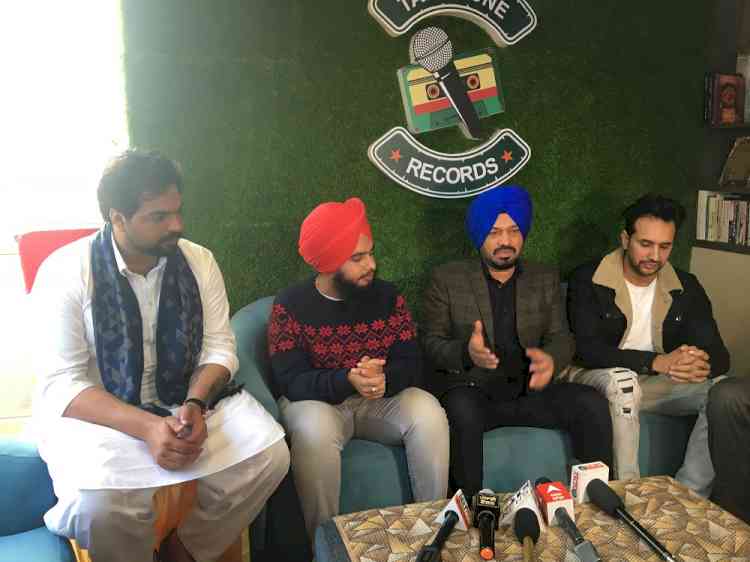 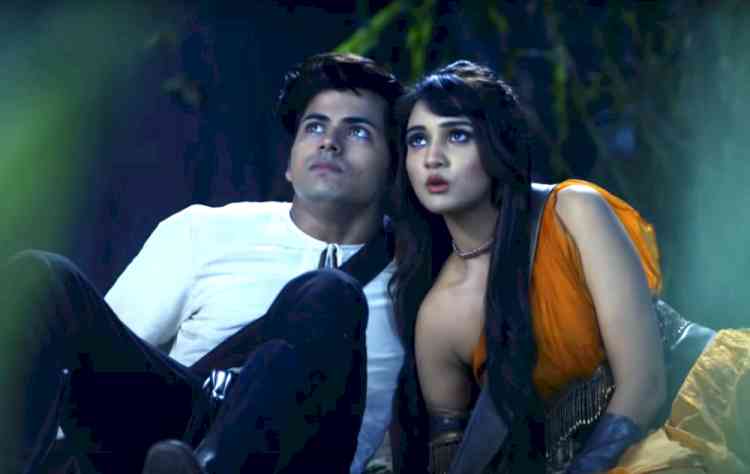 Will Alasmine get caught by Zafar on their adventurous... 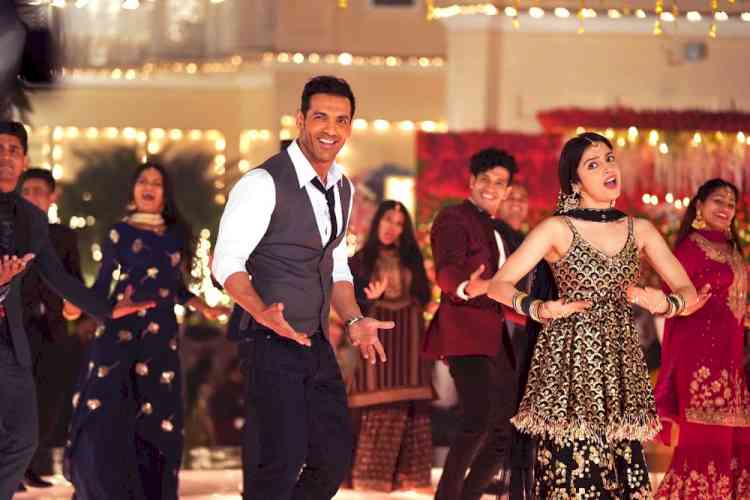