He is MD of Sehaj Solutions (Engg) 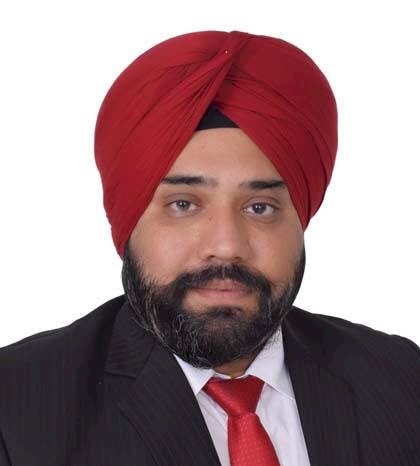 Ashpreet Sahni MD M/s Sehaj Solutions (Engg.) manufacturer and exporters of Tractor and Agricultural Implement parts. Gold Medalist in Masters Operations and Bachelor in Total Quality Management. Represented Ludhiana as “Leader of the delegation of Indian entrepreneurs at Indo German Manager Training program” of one month at Hannover, Germany. Selected among two young Indian Entrepreneur for training on SME development at Tokyo, Japan in May 2019. Currently appointed as Head of Agriculture Implements Division at FICO. Passionate to bring change in manufacturing Industry of Ludhiana through learning and sharing, technology adoption and implementation of new manufacturing practices and management strategies.
Shri K.K. Seth Chairman FICO congratulated S. Ashpreet Singh Sahni and said that it is an honor for all of us that our Agriculture Division Head has been elected as the Vice Chairman, CII Ludhiana.