The fresh episodes will also introduce, actress Ashi Singh who will be seen as powerful and glamourous, Sultana Yasmine 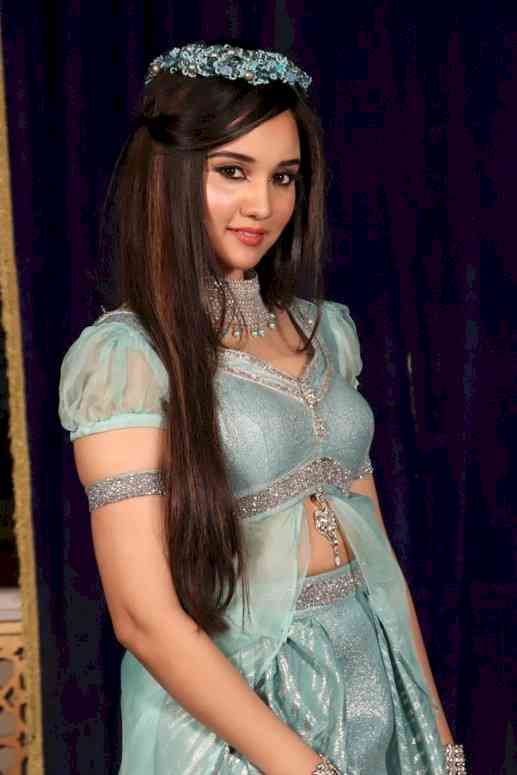 A perfect blend of a classic folk tale of Aladdin and his powerful group of genies, coupled with their nail-biting adventures in Baghdad and heart warming romance of the lead couple ‘Alasmine’ - the show has continued to keep its audiences hooked to their television screens.

After a brief hiatus fans can enjoy all the fresh episodes of Aladdin: Naam Toh Suna Hoga on Sony SAB shortly. The fresh episodes will also introduce, actress Ashi Singh who will be seen as powerful and glamourous, Sultana Yasmine. Ashi, who has recently started shooting for her new venture, shares her experience of the first day of the shoot and getting into the look and role of everyone’s beloved Yasmine.

Sharing her excitement for her new role as Yasmine, Ashi Singh said, “I am thrilled to be a part of one of the most popular shows on Indian television, Aladdin NaamTohSunaHoga on Sony SAB. Every girl dreams to be a princess and this role fulfills that wish of mine. I am a little nervous as well because it’s a huge shift for me but I am ready to rise to the challenge and give my best as Yasmine. I have never essayed the role of a princess and I am thrilled to get into the glamourous look of Yasmine. I am preparing for the role and focusing on the nuances so that I can bring Yasmine alive through my performance. This character is new and exciting for me and something I have never done before."

Talking about the safety and security measures on the sets, Ashi added, "I have just started shooting and to witness the precautionary measures taken on the set to ensure everyone remains safe was reassuring during these uncertain times. From the moment I entered the set, I saw there are several steps that everyone has to follow to sanitize themselves and their belongings. All the areas are sanitized at regular intervals and the entire production team is wearing safety gear. It has been an eventful first day as Yasmine and I hope all the viewers and fans support me in this new journey.”

Divya Khosla Kumar to light up screens with Satyameva Jayate...