Golom Tinku earned that distinction by claiming the precious medal 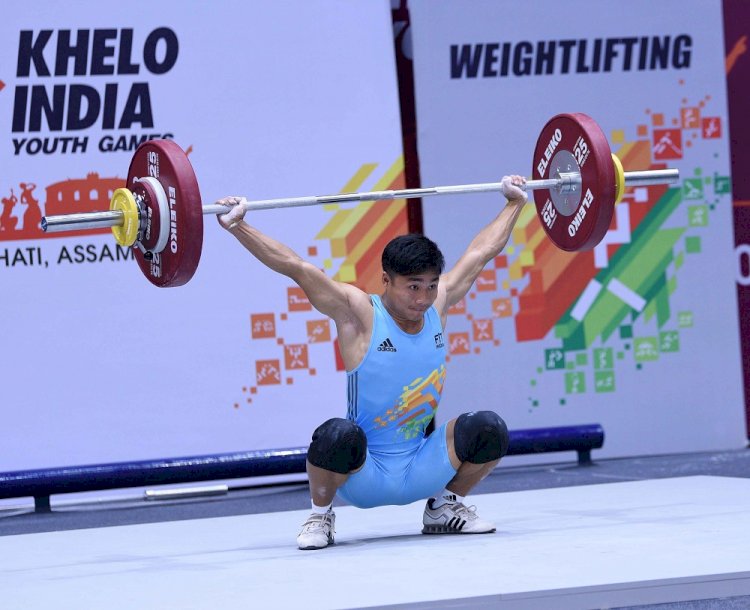 Golom Tinku earned that distinction by claiming the precious medal in the Boys Under-17 55kg weight-lifting competition.

The 16-year-old came into the Games, brimming with confidence after breaking the 55kg Junior National record for the clean and jerk in Bihar recently; he knew that there would be many more eyes than usual on him but that didn’t deter him.

Golom quietly went about his task, lifting 116kg; it didn’t annihilate his own national record but it did take him past all the competitors in fray.

Golom’s story is the perfect example of what sport centres in far flung areas can produce. The third child in a farming family, the Arunachali boy had never seen or played any sport growing up.

“We didn’t have a TV to watch sport. I had never heard of any of these sports,” he said. “What we used to play in the village was what you call pithu, in the north.”

The SAI Centre in Naharlagun changed it all.

“My sister used to do karate there, and my elder brother played badminton so started accompanying them just to watch. One day one of the coaches asked me if I wanted to try weightlifting,” he said.

Within months he was established as a prodigy and was soon breaking records and dominating competition at the state level.

Golom’s father passed away four years ago, while he was in competition. With the family under financial strain, it was his elder brother who ensured the youngster’s weightlifting career would not suffer.

“My brother used to play sport too. He was a badminton player,” Golom said. “After my father passed, to help support the family, and moreover to help me, he quit the sport and instead took up a job in Hyderabad. He coaches badminton there.”

In 2016, Tinku was recruited by the Army Sports company and is now based out of Secunderabad in Hyderabad.

Tinku finished with a bronze at his debut Khelo India Youth Games in Pune. At the weightlifting competition in Guwahati, he started off cautiously, with a 90kg snatch and, after one failed attempt, successfully registered his highest of 93kgs.

At that time he was lying second in his category, with Tamil Nadu’s Madhavan Thirumurugan ahead of him. But his inability to register a single successful clean and jerk put paid to his chances.

Even then, Golom faced stiff competition from his fellow Arunachali Sankar Lapung and Assam’s Prabal Gogoi, who both registered a kilo more than him (113kg) in the clean and jerk at first attempt. The duo were three kilos behind him after the snatch. But that is where the tide turned.

For his second lift, Golom registered a successful 116kg lift, while the other two failed at 117kg, leaving them with all to do and him to try and do the impossible.

Gogoi and Lapung attempted their previous weights again, and while Gogoi registered a successful lift it wasn’t enough for gold. With all eyes trained on him, Golom went for the national record again and asked for 123kgs on the bar. It was ultimately an unsuccessful lift, but the applause nonetheless was well deserved.

“We came with the objective of not just winning gold but also setting the record,” his coach Yukar Sibi said. “The record slipped from our grasp,. He got a bit nervous out there, but it’s okay. More opportunities are bound to come. He is so young yet.”