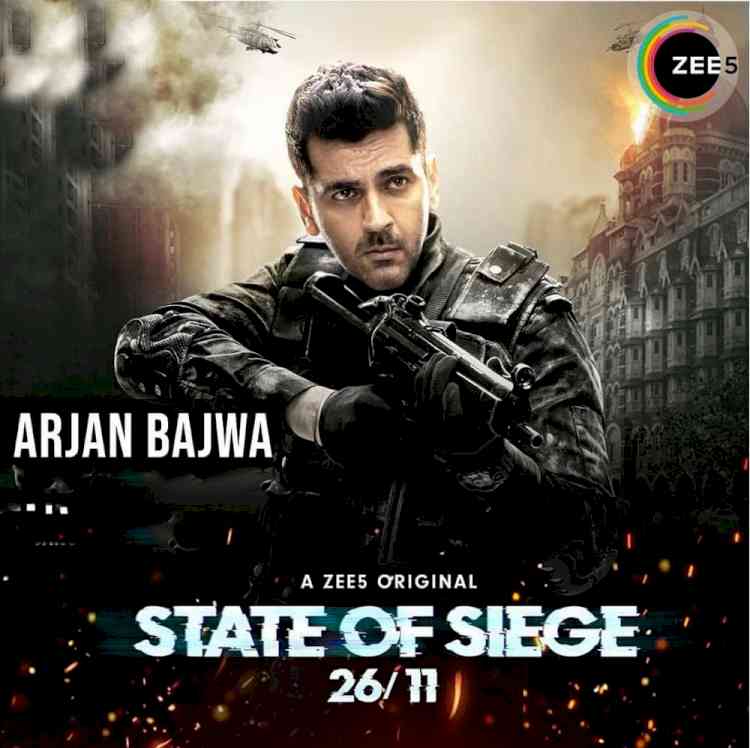 Arjan Bajwa wowed everyone with his terrific performance in 2019's biggest blockbuster Kabir Singh. Playing the role of Shahid Kapoor’s brother, and ably supporting him in the film, the audiences appreciated his craft and he received a lot of accolades for the same. Now, it’s just been around three months into 2020 and Arjan has already delivered another knockout performance. Making his big digital debut with Zee 5 original web series State of Seige 26/11 , Arjan has proved yet again that he is one of the finest actors in the industry.

Playing the role of an NSG Black Cat Commondo leader, also known as the Bullet catcher, Arjan makes sure to leave a powerful impact in the viewer's mind. The series, which is based on Sandeep Unnithan’s Black Tornado: The Three Sieges of Mumbai 26/11, takes you back to the horrific terrorist attacks the nation witnessed in 2008.

With his craft and passion, Arjan has always believed in going beyond his limits which is reflected in his stellar performance. The actor has been receiving high praises on his social media platforms with fans sending appreciation messages and expressing their love towards the series. In fact it's not just fans, many well known media portals and critics have given a thumps up to the series and it has been listed in top series to watch out for.

A well-known trade expert and film critic, Joginder Tuteja also expressed his appreciation on social media. With such great reviews coming in, we are waiting to see what else this talented, Arjan, has in store for us in the forthcoming year.