To making his mark at the Khelo India University Games 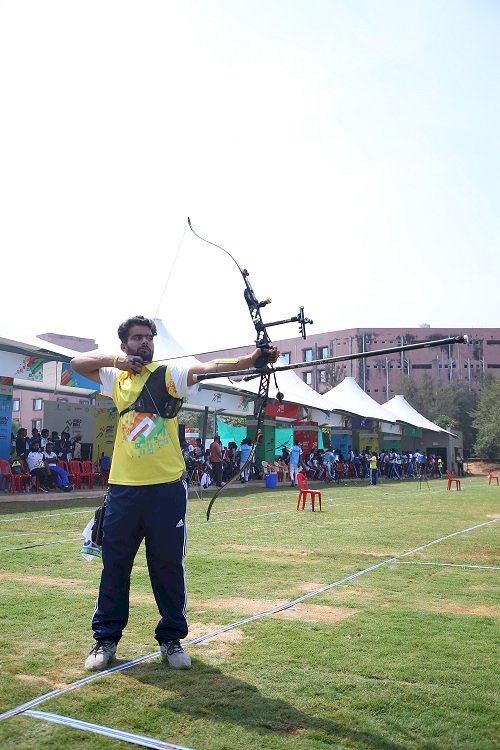 Bhubaneswar: Four years ago when Pawan started archery few people in his village, Dhansu, knew about the future prospects of the sport. He had played handball as a kid and even tried football but he was stuck on picking an individual sport to specialise in.

“The closest place where I could learn archery was 30km away,” he says. “For a while I travelled that distance on a daily basis before finally my family had enough and enrolled me in the Shiksha Bharti Sports School in Kalayat.”

The University Games Recurve champion in 2019, Pawan’s trials weren’t over though. He had progressed further and quicker than most had dreamt, but family troubles meant that he had to give up the sport and head back home.

“The first time I saw him was two or three years ago. He was talented, hardworking and very dedicated,” Gaurav Sharma, coach of the Punjabi University archery team says. “And then suddenly he disappeared. I had no idea where he was. It took me a few months to find out what happened.”

A bad season had forced his farming family into a mountain of debt. An extra hand, that of the elder son was needed back home. He took up odd jobs I the village to support his family and add to the household income. Archery though had never left his mind.

“When I met him a few months later, first of course I had some harsh words for him,” Sharma says, “and then he showed me that he had been saving money, buying equipment and practicing at home. I didn’t know what to say.”

“Even when I was there at home, my family were insistent that I not give up the sport,” Pawan says. “They supported me completely, despite the fact that there was obviously pressure at home.” On the opening day of the Archery event, Pawan shot 635 to finish in the top 32 to progress to the next round. He acknowledged that the field is highly competitive, simply because top class national archery events are few and far in between.

“The trick is to not feel pressured,” he says. “Archery requires extreme concentration. An almost meditative state of mind. You need to be still. And so I run to take my adrenaline off. It keeps me balanced.”

PCA Punjab XI beat Rest of Punjab Red by 6 wickets in the...