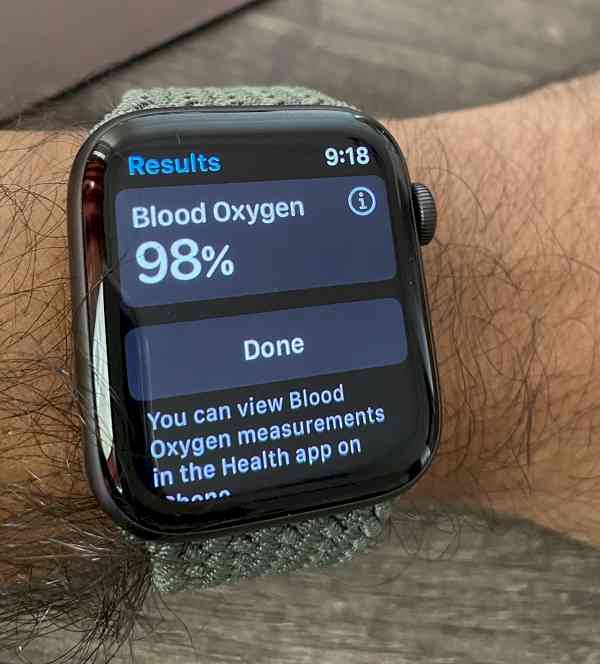 It notes that "there was no statistical difference in the evaluation of skin colour, wrist circumference, presence of wrist hair, and enamel nail for SpO2 and heart rate measurements in Apple Watch or commercial oximeter devices".

The study, from the University of Sao Paulo, was conducted with 100 patients with chronic obstructive pulmonary disease and interstitial lung disease from an outpatient pneumology clinic.

It collected SpO2 and heart rate data with Apple Watch Series 6 and compared them to two commercial pulse oximeters.

The tests were conducted with healthy individuals, people with Interstitial lung disease (ILD) and with chronic obstructive pulmonary disease (COPD).

They observed that strong positive correlations between the Apple Watch Series 6 device and commercial oximeters when evaluating heart rate measurements and oximetry measurements.

The Apple Watch has a tendency of higher SpO2 values than commercial oximeters, however, heart rate measurements were similar in both devices.

In the different groups, ILD, COPD and healthy individuals, the study didn't observe significant differences between the Apple Watch and commercial oximeter devices for both parameters, SpO2 and heart rate.

Overall, the study said that "despite a tendency to present higher values when compared to conventional oximetry devices, the Apple Watch device was accurate and similar" although it's important to note that results were made "under controlled conditions".

WhatsApp may soon ask users to verify identity to make...

Instagram launches 'Take a Break,' other features for teens