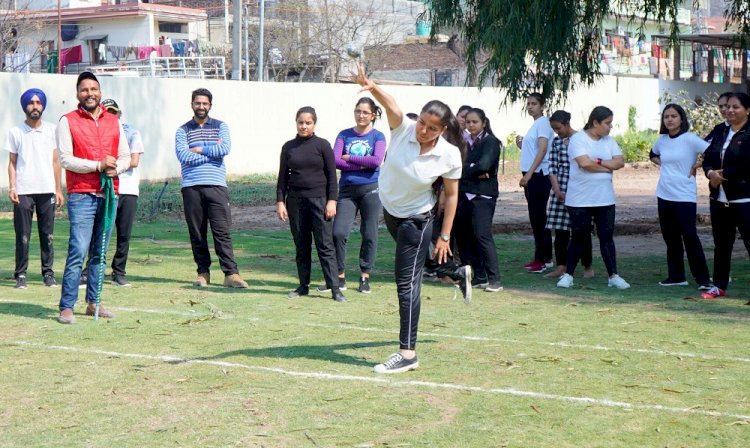 Pooja of B.ed was winner of 100m Race & Hurdle  race (Girls).Kunal was winner of 100m race boys .   200m race was won by deepali of Nursing & Rohit of Nursing . The winner of Javelin throw , was Amandeep.  Shot Put (Girls) won by Shivali & Shot put( boys )winner was Rohit. Sac race was won by Amandeep Kaur &  Lemon race winner was Shubangi . Three Legged race winner was Pooja & Aman . Kho kho was won by Nursing team and the winner of Tug of Wars was B.ed Team.Prizes and medals were awarded to the winners Cultural show was also organised by the students which mesmerized the audience.

Abhinav guides University of Madras into Round 2 of KIUG tennis