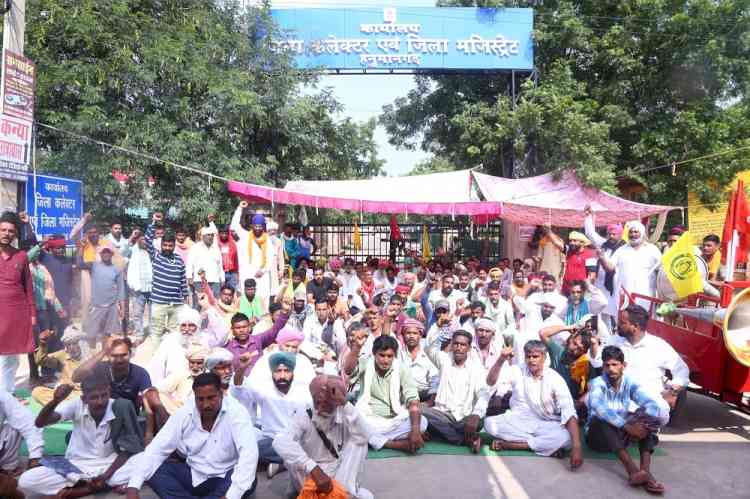 Hanumangarh (Rajasthan), Jan 21 (IANS/ 101Reporters) Things came to a head in the districts of Sri Ganganagar and Hanumangarh in Rajasthan last month, where paddy farmers took drastic measures to get the government to restart procurement of paddy that had been halted for the past 15 years. It was only after the protesting farmers in Hanumangarh took government officials hostage, in two separate incidents, was paddy procurement fast-tracked.

"The Centre stopped procuring rice in Sri Ganganagar and Hanumangarh districts from the 2005–06 fiscal year. Because of this, the farmers were being forced to sell their produce in markets at lower prices, incurring losses amounting to crores of rupees every year," Inder Singh, a paddy grower in Panniwali, told 101Reporters. The farmers had made several representations to the officials in the administration over the years, requesting them to restart procurement.

Both Hanumangarh and Sri Ganganagar districts are situated near the state's borders with Punjab and Haryana, and the Ghaggar river flows between them. Rice is cultivated on about 50,000 hectares of land between Talwara Lake in Hanumangarh district and Anupgarh near the Indo-Pak border in Sri Ganganagar district. Farmers grow Basmati in half of the area and Parmal PR variety in the other half. For several years, the farmers have been urging the government to declare this region as a rice belt, but to no avail.

Over the past three months, paddy farmers here had intensified their protests demanding procurement at the minimum support price (MSP). On September 28, the District Collector wrote a letter to the Government Secretary, Food and Civil Supplies Department. In this letter, the collector wrote that if procurement does not start, the law and order situation is likely to deteriorate. Already the farmers had laid siege to the Hanumangarh district headquarters, blocked roads and dumped truckloads of paddy in front of the district collectorate. Finding no results, they entered the collectorate on October 4 and locked up the officials inside. Police responded with brute force, and eight farmers were injured in the clash.

On October 7 District Collector Nathmal Didel wrote again to the state government, seeking an order to begin procurement of paddy. Acting on the district collector's letter, Chief Minister Ashok Gehlot wrote to Union Commerce and Industry Minister Piyush Goyal, urging him to start procurement of paddy at MSP. The Centre, in turn, directed the Food Corporation of India (FCI) to start the process of procurement immediately. However, the district administration informed the farmers that the process would begin only in the first week of November because it takes some time to complete the formalities.

Angered by the tardy approach of the administration, seven farmers started an indefinite hunger strike in front of the Hanumangarh collectorate on October 14. Finally, on the third day of their fast, the district administration held talks with the farmers and agreed to start procurement on October 25 and the farmers ended their agitation.

"It took a series of hunger strikes and brutal force by police for the government to get an order from the Centre to procure rice at MSP. After that, it was decided to purchase at MSP after negotiating with the farmers, but the government started the procurement very late. The cash-strapped farmers were already forced to sell almost 80 per cent of their produce in markets at lower prices," said Singh.

This angered the farmers, and they took officials of the Agricultural Produce Market Committee and FCI in Hanumangarh hostage on October 27 for a few hours. On the next day, rice procurement began at six centres in the district. The process began at five centres in Sri Ganganagar district on November 1.

Samyukta Kisan Morcha convenor Rameshwar Verma told 101Reporters, "We had been urging the government for months to start procurement of our produce. But officials in the administration ignored our requests and continued to delay the process. The state government, too, acted only on October 4 after it felt that our protests would disturb the law and order," he said.

Verma said the delay in starting even this partial procurement of rice was evidence that the state government was not working in the interest of farmers. "We want the Centre to procure the entire produce of the farmers in both districts at the MSP. We will continue our struggle till this demand is met," he said.

Bhagwan Singh Khudi, a farmer in Hanumangarh, said, "The arrival of rice in the markets begins by September end. It would have benefited farmers if the government had started the procurement in early October. But the farmers had been forced to sell most of their produce at a loss of almost Rs 300-500 per quintal because of the delay. This has cost the farmers crores of rupees."

Khudi's views were also echoed in Ghelot's letter to Goyal. "Last year, the support price of rice was Rs 1,888 per quintal, but the farmers had to sell their produce for prices between Rs 1,400 and Rs 1,600. This year, the support price is Rs 1,960 per quintal, but traders are paying the farmers only between Rs 1,650 and 1,700. Farmers are suffering huge economic losses due to denial of fair prices for their produce, and this has caused deep resentments among them," the CM reportedly wrote in the letter.

Divisional Manager of Food Corporation of India for Sri Ganganagar and Hanumangarh districts, Chakresh Kuril said that the suspension of procurement is a "very old matter" and according to the information available, farmers had sold only 34 MT of paddy to FCI in the year 2005-06. There had been a decline in the production of Parmal paddy as many farmers started cultivating Basmati which has a higher value in the open market. This was why the procurement of paddy was stopped here.

In the same breath that the government denies farmers here the benefits of MSP, it also penalises them for not adopting expensive best practices. Khudi said that they were forced to burn stubble after each harvest even though it invited hefty penalties and sometimes, legal action. He said that the farmers were aware of the adverse impacts of stubble burning and the benefits of ploughing the hay into the soil. But he said this would require heavy equipment such as tractors, super seeders, choppers, rotavators, etc., which were "very expensive and beyond the farmers' affordability range".

The farmers also accused the Centre of showing bias against the state. "Farmers in Punjab, Haryana, Uttar Pradesh and Delhi are being given grants under the Central government's Promotion of Agricultural Mechanisation Scheme to purchase heavy equipment, but we are not getting this benefit. This is forcing us to burn the stubble, facing the risk of prosecution," he said.

(The author is a Hanumangarh-based freelance journalist and a member of 101reporters, a pan-India network of grassroots reporters.)

Statue of Subhas Chandra Bose will be installed at India Gate: PM Modi 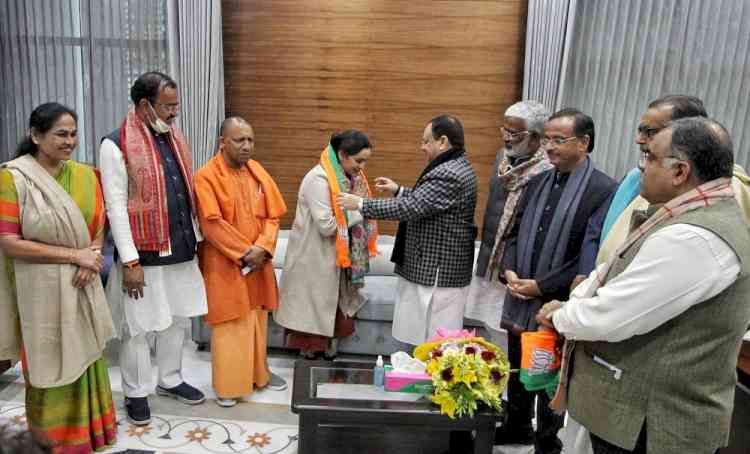 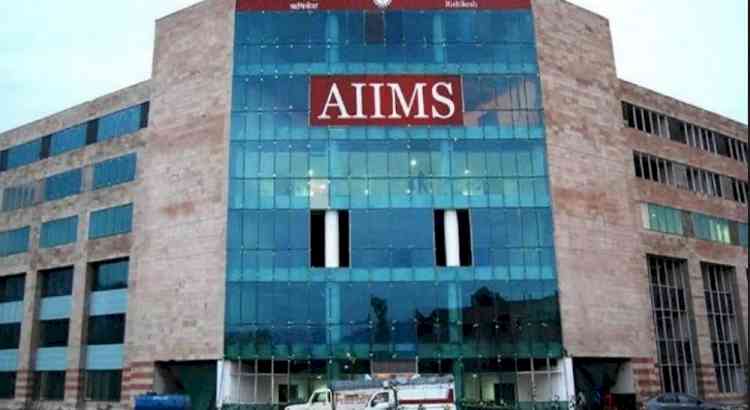 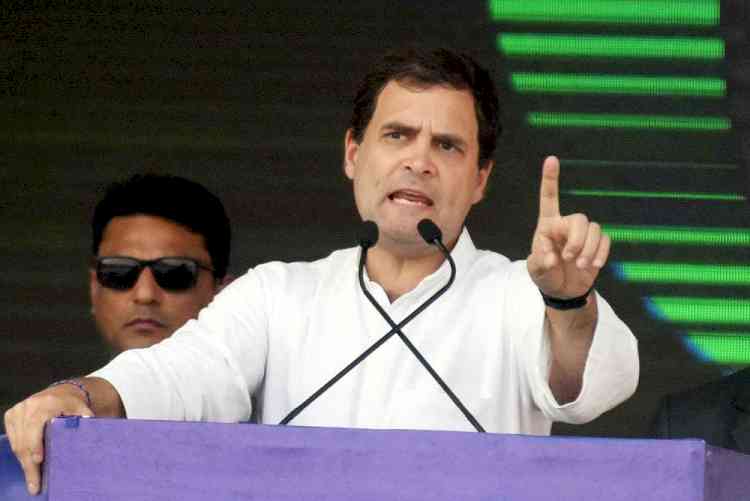