& TV shows bringing happiness and a lot of surprises

&TV has got its viewers hooked to their television sets by bringing alive tones of excitement, anticipation and laughter 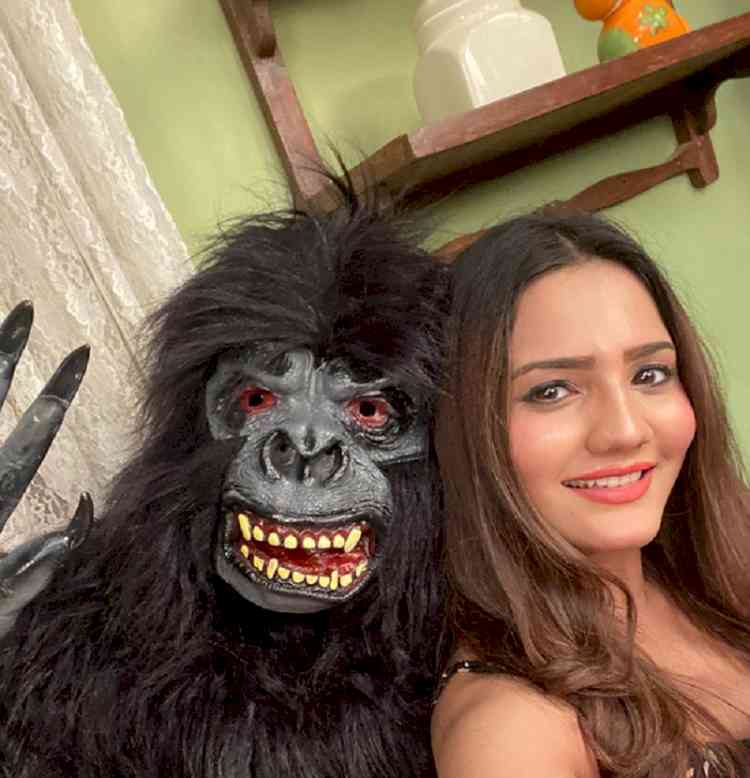 Week on week, &TV has got its viewers hooked to their television sets by bringing alive tones of excitement, anticipation and laughter that keeps the audience coming back for more! In the upcoming track, Vibhuti Narayan Mishra (Aasif Sheikh) of Bhabiji Ghar Par Hai takes up yet another unusual profession that will result in confusion and chaos. Becoming a tourist guide is all fun and games, till Anita Bhabi (Nehha Pendse) gets in the way and why? Kate (Ashna Kishore) of Happu Ki Ultan Paltan fails in her exams. Furious Daroga Happu Singh (Yogesh Tripathi) grounds her as punishment, but there is one such guest who makes himself feel at home and rather closer to Kate! Who is this hairy and junglee guest? While wedding bells ring in dharti lok of Santoshi Maa Sunaye Vrat Kathayein, it is war time in dev lok as Santoshi Maa (Gracy Singh) and Asur Rani Paulomi (Sara Khan) battle it out. Kya gul khilaegi Gudiya (Sarika Bahroliya) in Gudiya Humari Sabhi Pe Bhari? When her childhood friend is set to marry a boy, will she get jealous and ruin her chances or be the best friend one could find? Sharing more on the upcoming track, Aasif Sheikh aka Vibhuti Narayan Mishra shares, “Anita is the sole bread earner of the family, leaving Vibhuti who is always looking out for quirky and quick ways to earn money. Being a guide to the tourists who are desperate to see a bhoot bangla, Vibhuti asks Manmohan Tiwari (Rohitashv Gour) to convert his house into one!”

Yogesh Tripathi aka Daroga Happu Singh shares, “Ghar ka sher bhi darr jaye, jab aaye King Kong gorilla! The audience is in for a mighty laugh when the entire Singh family encounters this hunky gorilla. It was a blast shooting for this track and everyone wanted to try on the gorilla costume.”

Sara Khan aka Asur Rani Paulomi shares, “It is time for Mahadev’s (Dinesh Mehta) next test that will result in a mighty war between Santoshi Maa and Paulomi. Meanwhile on earth preparations are being made for Rinki’s (Priya Verma) wedding to Devesh Tripathi (Dhiraj Rai). Will the evil forces come out victorious this time around?”

Sarika Bahroliya aka Gudiya shares, “Language is simply a means to communicate how one feels. English is no different, hence why must one be bias towards it? In the upcoming track, Gudiya will deal with a tricky situation when a boy rejects her friend for not knowing the language. Lessons will be learnt, and drama shall unfold.”

Kubbra Sait raises funds for State of Uttarakhand with...