Chandigarh:      Punjab Chief Minister Captain Amarinder Singh on Wednesday urged the people to exercise extreme caution and strictly follow all Covid safety norms amid reports of a new strain of the virus spreading in some parts of the world.

Pointing out that even those who recover from Covid suffer long-term after-effects, including weakness, the Chief Minister said while the spread of the pandemic in the state may have slowed down for now, the crisis is not yet over. The last flight that landed in Amritsar from UK on Tuesday had reported 8 positive cases, he said, hoping that the new strain of the virus had not entered Punjab.

During his #AskCaptain Facebook Live telecast, the Chief Minister hoped there would be no resurgence of cases, nor spread of the new strain, in the state, which added over 200 Covid cases and reported 18 deaths on Tuesday. Pointing out that several of his colleagues and officers had tested positive due to their bigger exposure to people, Captain Amarinder urged all to strictly adhere to wearing of masks and maintaining social distance in order to save themselves, their families and Punjab. The Chief Minister disclosed that the state was currently testing over 30000 samples every day.

Captain Amarinder said the Covid crisis had led to delay in implementing 50% subsidised fare for women in state-run buses but the same would be done soon. He said in response to a Bathinda citizen’s question that details of the scheme and documentation had been completed and the scheme would be put in motion soon.

Replying to a Batala resident’s question on filling up of leftover vacancies to the tune of 42000, Captain Amarinder said the delay had also been on account of the pandemic. The next cabinet meeting will approve recruitment to fill 50000 vacancies, he added.

Responding to a complaint from a Ferozpur resident about OPDs still not functional in government hospitals of his region, the Chief Minister said all OPDs had already been ordered to be opened up. He assured the resident that he will get the matter investigated to ensure that the OPDs resume normal functioning.

In response to a Ludhiana citizen’s question on steps being taken by the government for the urban homeless amid the winter chill, the Chief Minister said he was sending money from his discretionary funds to all DCs to buy and distribute blankets among such people. Recalling that his late mother used to go to Patiala to distribute blankets in winters, he urged all Punjabis to pitch in to help the homeless in the cruel winter months. Further, said Captain Amarinder, process of land acquisition and construction of shelter homes was in progress for the urban homeless.

The Chief Minister informed a Ludhiana resident that MBBS course at Mohali will start soon and efforts were on to make the other two new medical colleges operational soon. The resident had expressed concern over the availability of few MBBS seats in the state.

Regarding ban on VIP numbers for vehicles, the Chief Minister explained to a Ludhiana resident that such numbers were being misused, with the same number being transferred from one vehicle to another, making tracking difficult. He further informed a Ropar resident that no extra fee was being charged for vehicle registration in Punjab.

Asked by a Gurdaspur resident about the state government’s plans for celebrating the 400th birth anniversary of Sri Guru Teg Bahadur ji, the Chief Minister said a committee had been formed to plan out massive celebrations at all the places where the great Guru had set his foot.

Veteran actors Aanjjan Srivastav and Bharati Achrekar to recreate their magic in...

Farmers’ protests not political, those who don’t oppose farm laws will endanger... 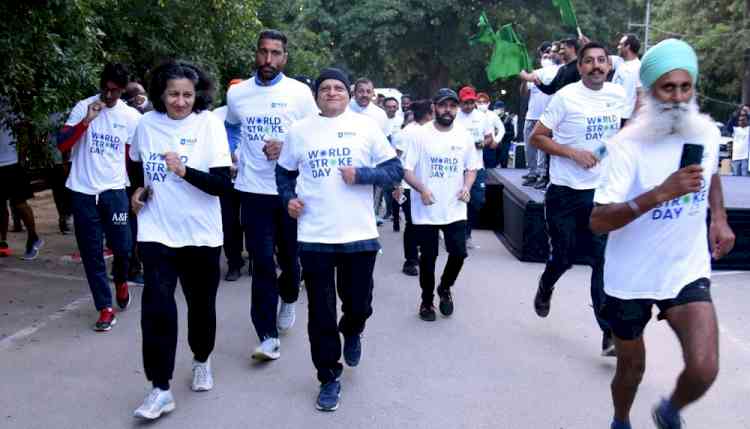