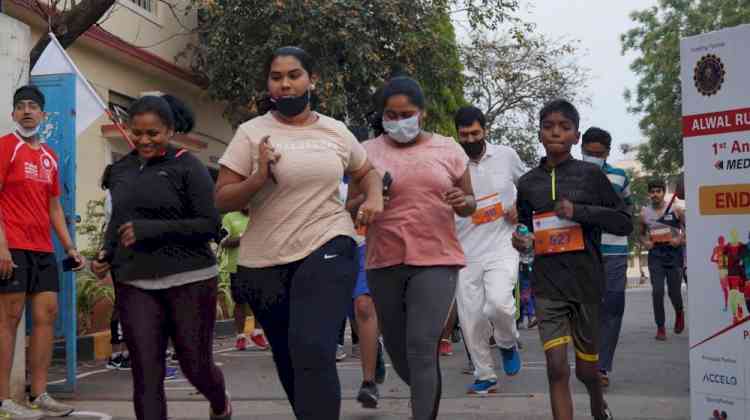 In all, the event has seen more than 150 registrations and women accounted for a healthy 30 per cent of the total registrations. The runs were staggered to adhere to social distancing norms. All participants were given an eco-friendly medal.  “The event is a volunteer-driven one and the intent is to spread the spirit of fitness and wellness,” said Apoorba Kumar, mentor, ARC.

ARC was initially formed to train a small team to complete a 5km run.  Later, many stuck to 10km and 21 km training, which was halted due to Covid. The training resumed after Government allowed fitness clubs to be opened, he said adding that this is the second major event that ARC has held in March after successfully hosting `Saree Run’ as part of the International Women’s Day celebrations.

Hyderabad Runners president Abhijeet Madnurkar said efforts are being made to host more runs and fitness events as Covid vaccination drive is on B Jyoti Aparna, principal of Bhavan’s Sri Ramakrishna Vidyalaya, which hosted the run on its premises, said Covid has forced people to focus on health.

HPCA to make its SOP before opening stadiums and cricketing...

Pandemic disrupted careers of many sports personnel, but...