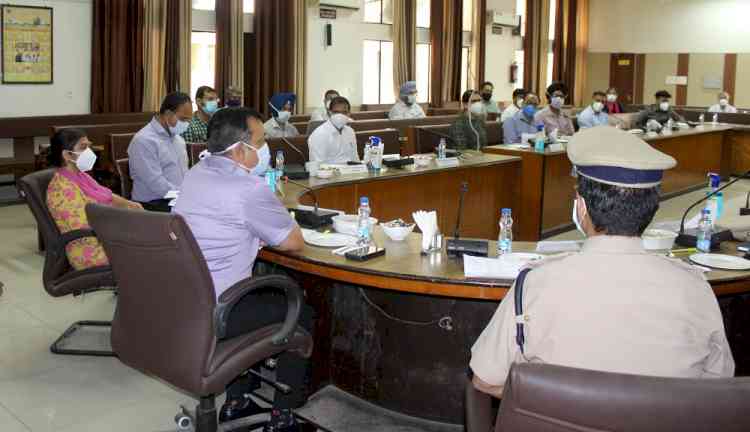 Ludhiana: Additional Chief Secretary (Health) Mr Anurag Aggarwal today directed all the private hospitals providing Covid treatment in district Ludhiana to reserve at least 50% of their ICU beds for Covid positive patients. He warned the representatives of private hospitals that no lapse on their part regarding turning away patients would not be tolerated by the Punjab government as each and every death case is being monitored minutely by the state government. He said that a formal order in this regard would be issued shortly.

While addressing the meeting, Mr Anurag Aggarwal said that with the number of positive cases increasing, private hospitals should provide more ICU beds as their service towards the society. He said that even if a patient having symptoms comes late to the hospital, he/she should not be denied admission. And if that particular hospital does not have vacant beds, the hospital authorities should refer the patient to either a nearby hospital or to the hospital where beds are available. He said that the District Administration Ludhiana is already having a mechanism in place where the real time situation of beds can be checked and all the hospitals also have access to it. He again reiterated that any patient having symptoms would not be turned away from any private hospital as the Punjab government is serious about this matter.

Deputy Commissioner Mr Varinder Kumar Sharma urged the private hospitals to act responsibly and provide best treatment to the patients as their service towards the society. He warned that any lapse on part of private hospitals would not be tolerated. He also informed that a formal mobile application where residents can check status of vacant beds in private hospitals has already been developed and its testing is going on. He assured that this mobile app would be launched in the coming few days.

Approval of building plans for independent floors in colonies...