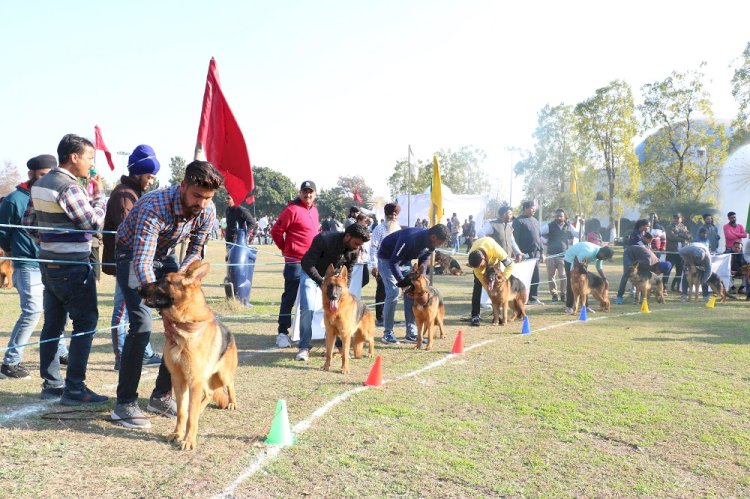 Kapurthala: Dogs are   playing an important  role in human life. Dogs have been contributing  in different fields,  like hunting, protection assisting police and Military , Companionship, Aiding handicaps individual,  space and medical  research. It is well known    Laika (dog)  became the first animal to orbit around the earth. These   views were expressed by  Brig. A.S  Bajaj president  selection Board  Kapurthala  on the occasion of  11th and 12th  Dog show at Science City.

Further he said, with an incredible sense of smell, dog can smell thing 10 thousand times greater than human can.  A well trained  sniffer  dog is used in  detection explosives,  illegal drug,  theft and various other crimes .

On this occasion  Dr. Rajesh Grover, Director Science City said that In human-populated landscapes, domestic dogs  are the most abundant terrestrial carnivores, with a global population close to a billion. In India, total dog population is estimated to be about 60 million. All dogs are part of the same species, but their genes can dictate whether they are Chihuahua or a Great Dane. There can be a lot of variation in genes that make up the genetic diversity of dogs in terms of colors, sizes, and shapes. There is need to bring awareness in the society about faunal biodiversity with a focus on salient features of various breeds of dogs

One village one officer campaign launched in Ferozepur...