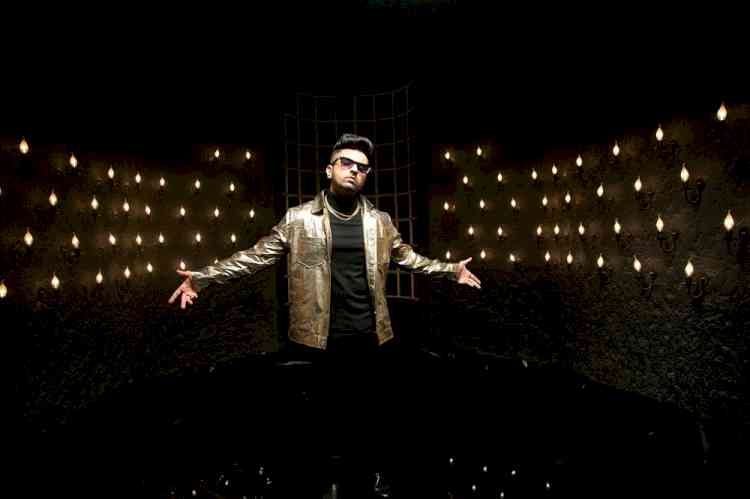 After the mega-success of ‘Laal Bindi’ and ‘I Love You’, VYRL Originals brings to you a soulful rendition of Akull’s ‘Laal Chunariya’. The multi-faceted artist has created a unique sound for himself which resonates with his identity. Staying true to his vibe, Akull brings back his swag with an infusion of Punjabi dance beats in his latest release. The music video features Akull along with the charming Chetna Pande who is a popular face in the Indian Television and Bollywood industry.

Laal Chunariya is a romantic song produced and composed by Akull, co-written by Dhruv Yogi, Mellow D along with Akull. This vibrant track is modern yet covers traditional Indian beats that touch the ears like a summer breeze. This aesthetic musical arrangement is definite to make the audience groove.

The music video conveys a cute love story where Akull immediately falls in love with this mysterious beauty (Chetna Pande) but like in most love stories, she is hard to impress. Akull tries to woo her with his charisma which ends up to be a fairy tale ending.

Check out the official music video of Laal Chunariya now and the song is also available on your favourite streaming platform.
Talking about Laal Chunariya, Akull stated “As a musician I always believe in offering diverse music to my listeners and I make sure of adding my element to it. After Laal Bindi and I love you I have realised that my audience loves the vibe I bring to my songs. I love to compose and produce and sing my own music, but for the first time I have also tried co-directing the video of my latest ‘Laal Chunariya’.

Akull further added “I wanted to give my listeners a fresh sound with infusion of Indian beats and with the help of Dhruv Yogi and Mellow D.I completed lyricswhich helped me in delivering this melodious rendition. VYRL Originals has always given me the freedom to work on my music the way I want to, and I hope my latest track ‘Laal Chunariya’ is supported and loved by everyone”

Commenting about the track,Vinit Thakkar, COO, Universal Music India & South Asia, stated,“Akull is a phenomenal singer-songwriter and music producer. With massive pan-India HITS like ‘Laal Bindi’ and ‘I Love You’ he has established a new sound and is poised to be one of the most promising music stars in the country. Since his debut two years ago, he has delivered big hits not only in the non-film music category but has done an amazing job with Bollywood tracks as a music producer and composer. Akull’s ardent fan following across social media and short video platforms has grown phenomenally. I am looking forward to ‘Laal Chunariya’ being a hat-trick for Akull.”

In a candid conversation, Rudra expresses his joy of experimenting...

I have never seen such a father-son story on television...