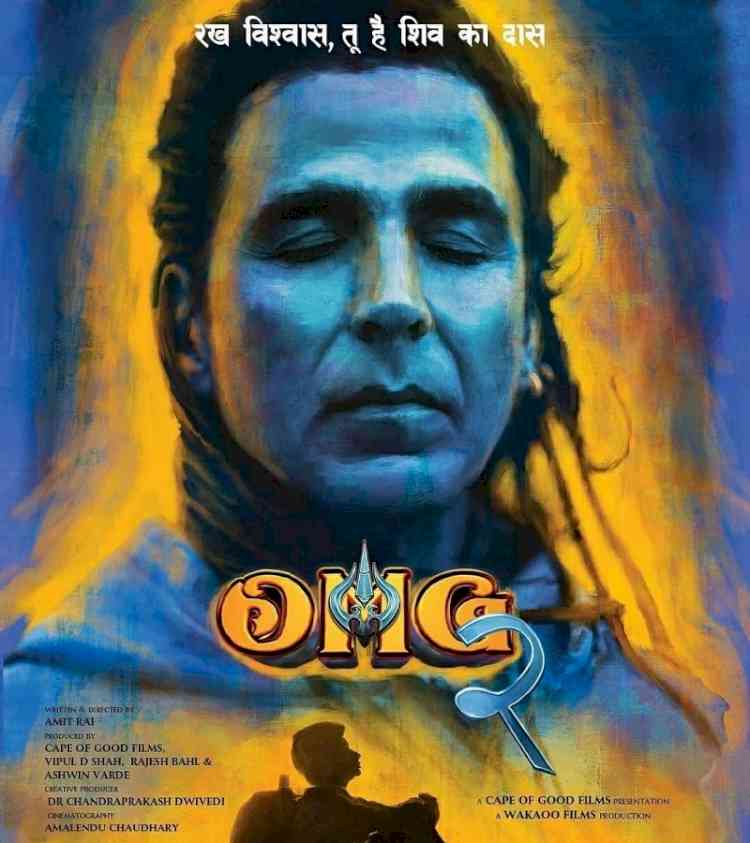 Mumbai, Oct 23 (IANS) Nine years after Paresh Rawal and Akshay Kumar brought the house down with the satirical comedy- drama film "OMG - Oh My God", and left with a socially relevant message for the insurance sector as well as the audiences to mull over, a sequel is going on floors.

Akshay Kumar took to Instagram on Saturday to make the announcement that "OMG2", starring, besides him, Yami Gautam and Pankaj Tripathi, was ready to "reflect on an important social issue". He also released the film's poster and a picture. The poster features Akshay as Lord Shiva rendered in the classic style with hues of blue and yellow.

The actor wrote first in Hindi: "'Karta kare na kar sake, Shiv kare so hoye' (Lord Shiva can do what we humans cannot)." And then he added: "Need your blessings and wishes for #OMG2, our honest and humble attempt to reflect on an important social issue. May the eternal energy of Adiyogi bless us through this journey. 'Har Har Mahadev'."

Yami Gautam, too, shared the pictures on her Instagram. She captioned the pictures with the caption: "Delighted to announce our film #OMG2! Need your best wishes for this special one," The film has been written and directed by Amit Rai.

Meanwhile, both Akshay and Yami have highly anticipated projects lined up. Akshay has "Sooryavanshi", "Atrangi Re", "Prithviraj", "Bachchan Pandey", "Ram Setu" and "Raksha Bandhan". Yami has finished shooting for "Dasvi", "A Thursday" and "LOST". The star is also prepping for "Dhoom Dhaam" and "Chor Nikal Ke Bhaaga". Interestingly, Yami will headline each of her upcoming projects as the 'Hero' of the film.

Bobby Deol would like to do a film with his cousin, Abhay...

Manav Soneji opens up on his next show 'Dil-e-Couch'

I believe I was born to be an actor: Nasirr Khan aka Niranjan...