With 43.50 points,  Sanjay Divakar and Narayan Das became Runners Up for the overall event 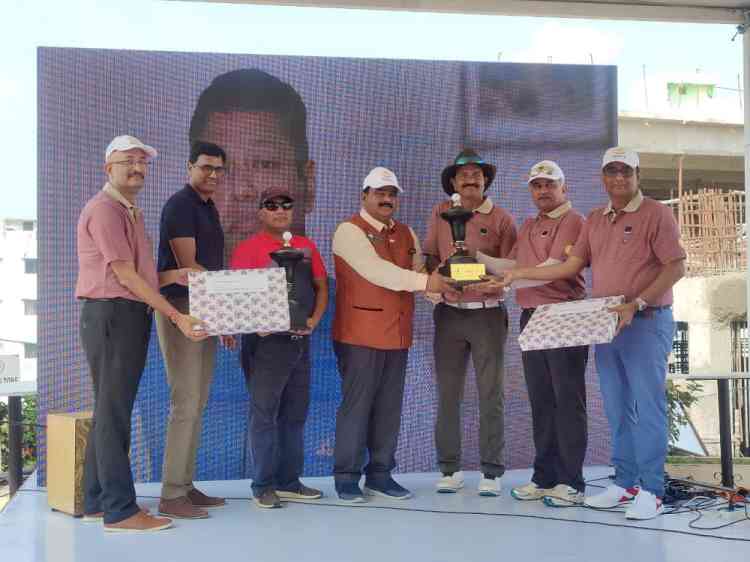 Winners of the 'Rotary Golf for Charity' event - Ajay Reddy and Santosh Lohiya being presented with their awards.

In a tournament that fought closely by 116 golfers, Ajay Reddy and Santosh Lohiya became winners with 44.75 points.

With 43.50 points,  Sanjay Divakar and Narayan Das became Runners Up for the overall event.

Vijay Kumar Reddy bagged a recognition for Longest Drive (250 yards).  And Rama Evani won ‘Closest to Pin’ Award (with a distance of 3 feet). The winners were given away awards.

According to Rotarian VVSN Raju, President of Rotary Club of Hyderabad Deccan, who spoke at the Rotary Golf for Charity Prize Distribution function said, they were successful in raising Rs 1.75 Crore.

These funds will be used for Setting up of charitable Dialysis Centers at Guntur and Ameerpet Gurudwara.

Ludhiana District Basketball Championships for U-17 and...