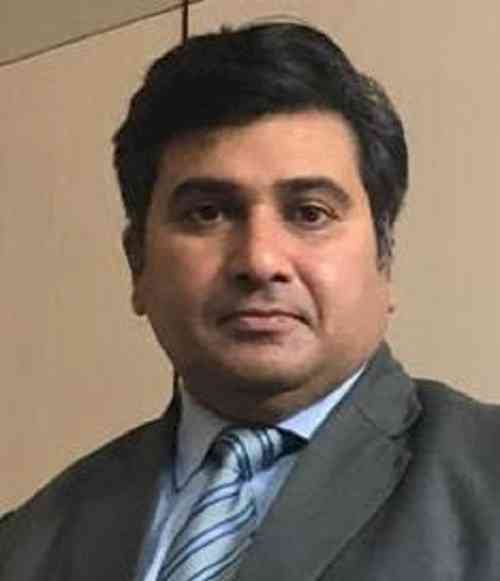 Ludhiana: All Industries and Trade Forum (AITF) national president Badish Jindal has written to Prime Minister Narendra Modi mentioning about its study report on how to tackle China in domestic and international market.  It has stated that India is capable enough to put a dent in Chinese international trade share.
In its representation sent to Prime Minister the AITF has stated that the Chinese dragon is not only challenging India’s sovereignty but also proving a big hurdle in India’s economic prosperity. Post Covid may prove to be a blessing for India in International trade as the India may get preference as compared to china in USA and other economies.

The study of AITF confirms that we are not much behind China on economic front. The volume of their trade is higher just due to a few aspects which can be corrected very easily by India. There is a dire need to form a long term Industrial & Exim policy to boost the morale of the Indian manufacturers.
In India Industry contributes 27% of the GDP whereas in China the contribution of Industry to the GDP is 39%. The contribution of agriculture in Chinese GDP is 7.1% and India agriculture contributes 15%. The service sector figures are almost same in both the economies.  So, efforts shall be made to increase the industrial growth in India.
China’s total export is around 2.5 Trillion $ as compared to India’s export of 322 Billion $. In this whole export scenario China exports mobile phones of 125 Billion $ which contributes 46.9% of total mobile exports, whereas India exports 3.2 Billion $ of mobile with a contribution of 1.2% of total mobile exports. In China’s tally of export of electrical machinery equipment is 671 Billion $ (26.9%), Machinery Including Computers 417 Billion $ (16.7%), Furniture Lightning 99.5 Billion $, Plastic & Plastic articles 84.4 Billion $ & Vehicles around 74.4 Billion $.
Whereas if we compare the Indian Exports the top exports are Mineral Fuels 44.1 Billion $ (13.7%) Gems & Precious Metals 36.7 Billion $ (11.4%) Machinery Including Computers 21.2 Billion $ (6.6%). Organic Chemicals 18.3 Billion $ (5.7%). Vehicles 17.2 Billion $ (5.3%) and Pharmaceuticals 16.1 Billion $ (5%).

Gap in data of Unemployment:   The Industries in cities have lack of manpower but as per statics the India is having high unemployment rate. The unemployment rate is more in professional employees as compare to Industrial work force. But the data shows high unemployment rates in Industrial worker population. In India there is a high demand of drivers, electricians, plumbers but the collages are busy in preparing millions of MBA graduates every year in India.
Curb on raw material export: The government must ban the export of raw materials such as iron ore , cotton and other ores. Efforts should be done to establish manufacturing facilities in India for value additions.
Tackling delayed payment: With the limited finances, the delayed payments are big concern for Industries. The policy should be very strict in this regard. The delayed payment act requires teeth to make it more affective. Beside MSME’s all industries and commercial sector should be covered in this act.
Undeveloped 4th tare sector : The forth tare in India which is 70% of the countries Industries by number are fully underdeveloped. The sector requires handholding support in terms of finance and technology. These industries shall be developed with the cluster based approach.
Zero tolerance policy against corruption & Right to service act : corruption is one of the main reason for slow economic performance in India. People avoid investing in Industries and preferred to invest in securities and shares. The effective single window clearance and zero corruption will boost the Industries in country.
India must follow the foot prints of China to replace it in domestic and international market
Chinese Policy for Technology Up gradation:
Unprecedented number of national policies was issued by China to develop the infant industry into the largest worldwide. The policies set specific output and capacity goals and as such involved a mix of production, investment, and firm entry subsidies. Production subsidies included input material and export credits, buyer financing, and so on. Investment subsidies took the form of low-interest long-term loans and expedited capital depreciation. Finally, reduced processing time and simplified licensing procedures, as well as heavily subsidized land prices.

The Chinese government is playing a greater role in formulating strategy, increase research and development subsidies for technology companies, and offering those firms the support for intellectual property rights.

The Chinese government is giving full financial support in Basic research and development .The government is strengthening the strategic guidance at the national level, devoting more resources to achieving a breakthrough in core technologies, and creates a market environment.
China believes in showcasing its strengths and presenting itself as a model to visiting dignitaries. This helped funnel foreign direct investment into the country and develop the local economy. Shenzhen and Zhangjiagang were developed into amazing models so that the surrounding area could be sold as an investment property to foreign investors. No doubt this helped improve the image of China, making it as an attractive investment country.
China has successfully created several flexible investment zones, free trade zones, high tech zones, and export processing zones, along with tax incentives and proper infrastructure. They score over other countries in factors like speedy approval of investment proposals and building of solid infrastructure.
China has made committed overtures towards its non-resident citizens who are economically positioned to invest heavily on the country. As a result of this, the 60 million people of Chinese origin who live outside contribute to the country’s economy in the form of investments and remittances. Non-resident Chinese are respected and allowed to participate in the socio-economic activities of the mainland. Southern China has been able to flourish due to the efforts of these non-resident Chinese.
China has been able to make quick turns in strategy and redirect its resources into computer science, biotechnological engineering, law, economics, management, and higher education. The country’s policies regarding studying abroad are flexible, permissive and supportive, and incentivize strong graduates to return to China.
India just needs to initiate the replacement of China in domestic and international market. The industries need just a little support from the government to achieve all the given targets.
Concluding, Jindal has stated that, “We ardently hope that our request would get your kind confederation and would be treated accordingly.”

Amazon expands its pantry service to over 300 cities in India