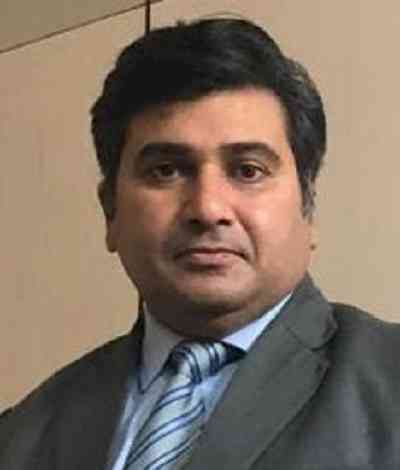 Ludhiana: All Industries and Trade Forum (AITF) national president Badish Jindal has written a letter to Punjab chief minister Capt Amarinder Singh on two part tariff system of PSPCL
He has apprehended that this system may financially destroy the industry and service sector of state.
Jindal stated that at the outset we will like to thank the Government of Punjab for untiring efforts to mitigate the impact of COVID19 on its public and economy.
It was indeed a big shock for the Industry of Punjab that after the announcement of exemption of fix charges for two months the CMD PSPCL informed that it was not an exemption but just a deferment for few months.
This move will have cascading effects on the industry of Punjab, he said.
Further, he stated that in Punjab around 50% industries are still closed even after the permission of Government and the rest of the industries are allowed to run with 40% capacity. But unfortunately these industries are even running merely to 15% to 20% of their installed capacities due to the supply chain disruption and labour issues.
The study conducted by AITF in various states shows that it may take months to bring back Industries to their normal pace. But the financial year 2020-21 will be a slowest year for the Industry. As per market conditions and a survey conducted by AITF the first quarter of financial year won’t cross the target to 15%, the second quarter may just go up to 40%. The third quarter may not achieve target of 60%. The last quarter may only achieve 75% of its target.
He said the figures may further come down with the rapid increase of pandemic cases in India. The world markets may also remain slow due to economic meltdown due to pandemic.
Adding, he said, under such circumstances the fixed charges on power may badly impact the industries of Punjab. Due to two part tariff the rate of consumption increased with the ratio of consumption as such the industries having large consumption of power may go out of competition in national and international market.

He recalled that the state government in its manifesto has assured to provide the power @5Rs per units, but the fixed charges & 22% taxes were imposed above.
If we calculate the production @ 20% of the capacity the average power tariff will be more than15Rs per unit. If the production will be 40% the price of power will be around 12 Rs per unit. Therefor the industries at the tough times will be out of competition in the state.
The steel & textile units may force to shut due to high cost of power. Now for one ton of steel processing the power cost is around 3500Rs per ton but if production dips below 40% this may increase to 5500 Rs per ton. The whole steel industry of Punjab may go out of competition in India as the steel prices are cheaper in other states.
Similarly, the other industries those are working in Punjab will have to bear the high cost of power due to two part tariff system and slowness of production.
At such times when the industries are seeking support from governments the two part tariff system can be a big blunder for the economy of the state.
Jindal said, along with two part tariff the PSERC also define the rates as per single part tariff, The government may exempt the fix charges and can charge the industries and commercial establishments with single part tariff.
He said as per state budget there is a provision of 1650 Crores for the subsidy on power to Industries, The government may get benefitted with the single part tariff by saving this subsidy. The same can be provided to PSPCL for covering their losses due to dip in consumption.  The demand in peak months of May to August can also give a sigh of relief to PSPCL as they may not requires to purchase the additional power on high costs.
He further said the service sector of the state may remain affected for a longer period due to covid impact. So, this sector also requires this relief from the state government, he suggested.
He prayed that during financial year 2020-21 the state shall consider the single part tariff on power to save the economy of the state.

Withdraw cash from your neighbourhood shops with PhonePe...