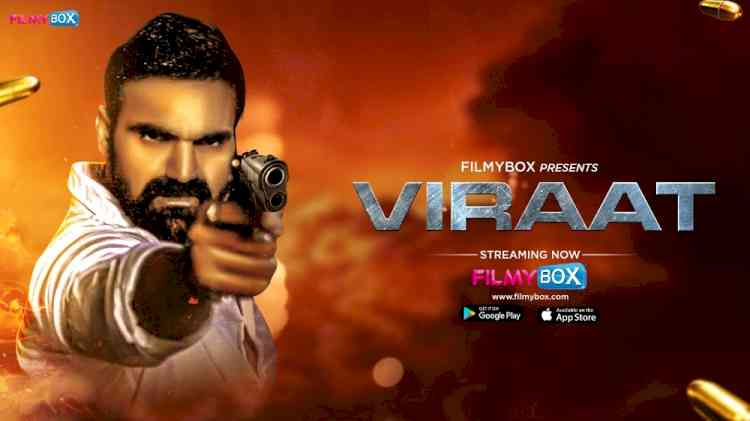 Director-producer Narendra Singh, who recently launched Filmybox app and released BA Pass 3, is now gearing up to release a murder mystery web series, Viraat. The trailer is out and it looks an intriguing edge of a seat thriller.

Viraat is a murder mystery that involves murders of VIPs and the story of an innocent girl Parkhi and a simple boy Mohit but how everyone are interlinked? To unfold this mystery, enters a super cop to solve the puzzle.

Director Narendra Singh says, “I feel this web series is a package in itself, it has everything from romance to thrill, comedy to suspense, people of all genres would like this film. Shooting for Viraat was a great adventure and with all ups and downs, we made through the difficult times and are here with the final product. It’s such a proud experience to work with a hardworking team like this. I believe this series should meet all the expectations of people, who wants to see good content.”

Viraat is produced and directed by Narendra Singh. It is penned by Karan Birja and Narendra Singh and shot by cinematographer Anmol Dhiman. The music is composed by Altaaf-Manny and lyrics are penned by Atiya Sayyed. The web series is slated to release on May 20th, 2021 on Filmybox app.

Challenging moment and how each one of them will find their...