Nandita Das, an actress who has 40 plus films in over 10 languages to her credit has good following among the many 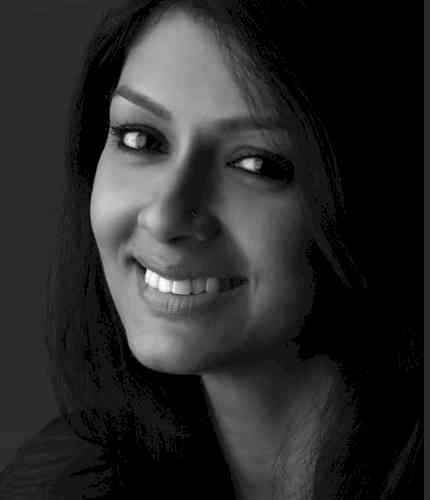 Hyderabad:  Actress, Activist Nandita Das to address FLO members in a first physical meeting in so many months in the city on 23rd November.

For its first ground event post-lock down, Nandita Das to address members on "An Unequal World - The Uncomfortable Truth of Discrimination".

Giving details in a press note issued in the city today, Usharani Manne, Chairperson of FLO Hyderabad said, “ as the world is embracing and mastering the new normal, FLO is looking forward to host our members for a ground event, our first after our virtual Change of Guard in May 2020. We will be adhering to strict Covid-protocols for the safety of our attendees.”

Nandita Das, an actress who has 40 plus films in over 10 languages to her credit has good following among the many.
A Jury member of the Cannes Film Festival twice, the 51 years old Nandita wears many hats. She is an activist, working for children's rights, HIV/AIDS awareness and violence against women. She is a TED Speaker and has spoken at many platforms within India and abroad.

In May this year, Nandita wrote, directed and acted in a short film ‘Listen to Her.’ The 7min film, produced by NDI and supported by UNESCO, UNFPA, UNICEF, UN Women and South Asia Foundation, addressed the topic of increase in domestic violence and overburden of work faced by women during the lockdown.

Proceeding the speaker session, a formal Change of Guard of the new FLO team headed by Usharani Manne, Chairperson, will be conducted. The virtual change of guard took place in May. Since then FLO has been organising all the meetings virtually.

In break from policy, Punjab amends rules to give jobs to married siblings of 3...

ASSOCHAM to commence MSME Samwaad Series in all northern...

Bollywood Actor Aamir Khan will face off against Viswanathan...