A strong negative character has always fascinated me: Vimarsh Roshan aka Baambaal

Vimarsh Roshan aka Baambaal is from Sony SAB’s Baalveer Returns 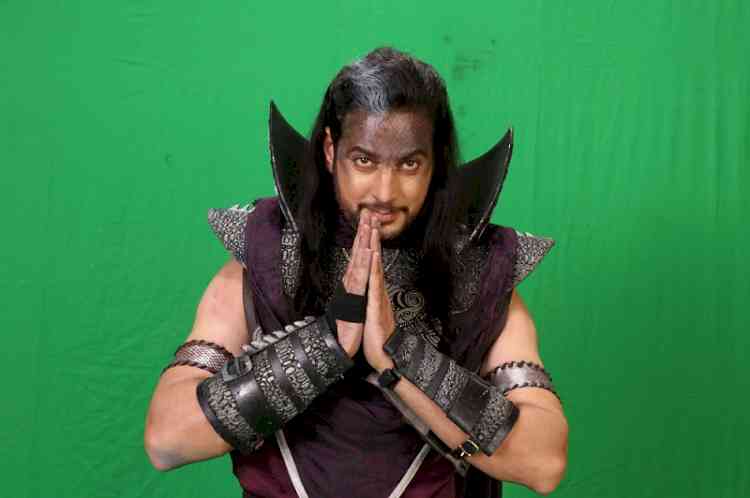 What made you accept Baalveer Returns? How does it feel to be associated with Sony SAB?

I welcome any role that has something to offer me as an artiste and have a strong penchant for playing powerful negative characters. I was thrilled when I was offered a negative character in Baalveer Returns, given the immense popularity of the fantasy show, with fans spread across not only in India but also world over. Sony SAB is a true family entertainment channel full of positivity and feel good content. There was no way I could’ve let such an opportunity to work with a popular show on a beloved channel slip out of my hands! I cherish this opportunity to work for a channel that offers shows for all age groups in a family.

Is this the first time you have stepped into a fantasy genre? If yes, how has been your experience like so far?

While this isn’t the first time that I’ve been a part of a fantasy show, the last show I did in this genre was way back in 2009. It’s been more than a decade and it seems like completely a new experience now! The fantasy genre gives you a unique experience. What impressed me after joining the Baalveer Returns family is the advancement in the visual and special effects technology. As an actor I enjoy learning through my projects and the opportunity to keep pace with the latest technology in the space keeps me excited.

How is the character of Baambaal different from any characters you have essayed so far? Tell us something about Baambaal?

Baambaal, who is power-hungry and desires to rule the underwater kingdom, Shinkai, has many interesting aspects. To begin with he is a larger than life character in an underwater world kingdom which is being shown for the first time on Indian television.

He is a rather volatile character and viewers will be at the edge of their seats witnessing how the character oscillates through various moods and shades. Baambaal can be fierce, committed, strict, lenient, ruthless, funny, cunning, sharp and more in various situations. I am confident that this dynamic quality is something that the audience will really enjoy.

Moreover, viewers will have the opportunity to see Baambaal in three different avatars - his true self, inspired by an alligator, his disguise as the funny Principal Aghadi and also as the cool sauve Baambaal on Earth. As an actor, to be able to portray a wide range of his emotions and a wide breadth of personalities, is the opportunity of a lifetime for me.

What do you love the most about your character?

Perhaps the most interesting thing about Baambaal is that although he maintains his larger than life aura, he does not really possess such great powers. His powers are limited. It is his sharp mind and cunning nature which allows him to think big towards destruction. I enjoy this element of my character. He is never resting, always thinking ahead to achieve his mission.

How challenging is it to shoot in front of the green screen imagining the beautiful underwater world?

Shooting in front of a green screen challenges your imagination because nothing exists around you while shooting. It was a little challenging at first as I had to imagine a world that I had never seen before but the team narrated the world so precisely that now I am able to imagine the world around me while being in front of the green screen.

How do you feel about essaying a negative character in the show?

A strong negative character has always fascinated me. While playing a negative character you have to accept that people are not going to adore the character. But the antagonist of any show becomes the most crucial part of even the viewer’s life. You always try to anticipate his next move. Baambaal also brings the element of suspense in the show and that makes my work as an actor even more exciting.

Any special preparations you did for this role?

I am still an artiste who is learning. I am incorporating new skills and tricks that I have learnt so far in my career, to ace the role of Baambaal. There is no reference character or literature for this character so whatever comes to me organically after receiving the brief, I embed that in my character. I think a lot about how I want to play out the scene. I turn into Baambaal and try to think like him before any shot.

Any message for the fans and viewers of Baalveer Returns

Baalveer Returns is an Indian superhero show with Indian ethos and spirit. Keep showering us with your love and support. The upcoming episodes are set to bring the viewers on the edge of their seats. Stay tuned and watch Baambaal’s next move unfold.