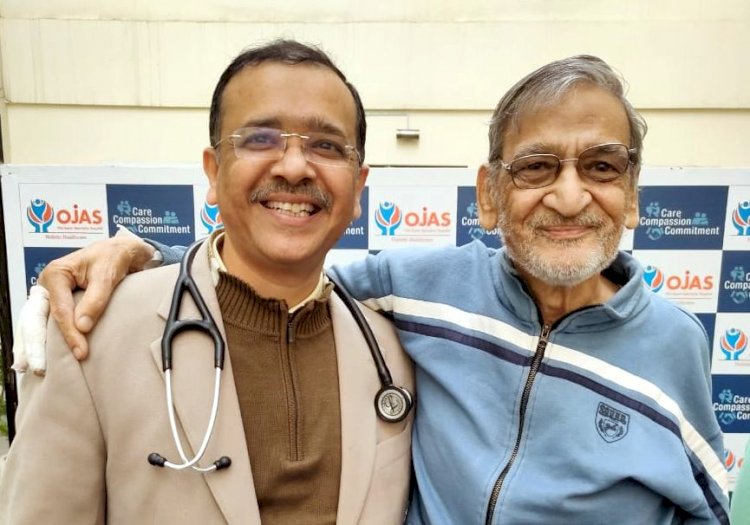 Dr Arurag with the patient.

Chandigarh: A 75-year-old man suffering from heart attack and severe breathing problem got a new lease of life after he underwent a successful high risk stenting at Ojas Hospital, Panchkula recently.

Amar Partap was in critical condition as his heart pumping condition was very weak and he was on maximum life support. His angiography revealed a complete blockage in the main artery from its start.

Dr. Anurag Sharma, director – cardiology who operated upon the patient said that we decided to treat the patient when he presented to us at Ojas.

After controlling all these situations, the patient underwent very high risky stenting, he informed.

The stenting proved to be a success as after its 14-day the patient went on his feet to his home after getting discharged from hospital.

UP Film City will be a cultural gift to the world: Kailash...

No periods, no kids, so celebrate them, says Anu Agarwal