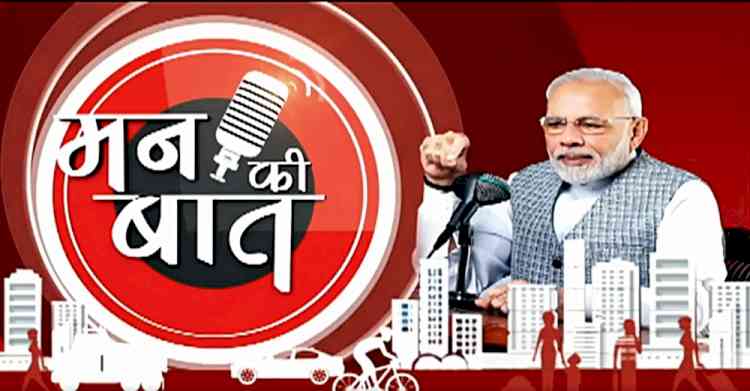 New Delhi, Sep 26 (IANS) Prime Minister Narendra Modi in his monthly radio programme 'Mann Ki Baat' on Sunday said that about 5,000 amateur young writers were working on the contribution of unsung heroes and urged citizens to contribute in the work.

He said, "Over 5,000 amateur writers are working towards promulgating the lives of Unsung Heroes who have contributed to India's growth and Independence story. I urge more such people to come forward and share such stories of courage with us."

He said the youth of our country have decided that they will bring the history of the unsung freedom fighters to the forefront and urged every citizen to contribute towards the same.

The Prime Minister emphasized on Khadi ahead of the Gandhi Jayanti and said that new innovative techniques will be adopted in the agri sector as the day coincides with All Bahadur Shastri's birth anniversary.

He also said, "September is an important month, a month when we celebrate World River Day. A day to remember the contribution of our rivers that selflessly provide us with water, I urge the people across the country to mark a 'river festival' at least once a year."

He also said the special 'E-auction' of gifts that he has received was underway and the proceeds from that would be dedicated to the 'Namami Gange' project.

Modi mentioned how people's initiative had helped the Naga river in Tamil Nadu, which had dried up. But due to the initiatives of the rural women and the active public participation, the river was brought to life, and to this day there is plenty of water in the river.

He also said that in the western parts of India, especially Gujarat and Rajasthan, there is scarcity of water and people suffer droughts. In Gujarat, at the beginning of the rainy season people celebrate 'Jal-Jilani Ekadashi' which is similar to what we call today 'Catch the Rain'.

The Prime Minister mentioned the courage and enthusiasm of a group of differently-abled people about their journey to the Siachen glacier. "This reflects our nation's 'Can Do' attitude and that disability is not the end to achieving your goals."

He said a few days ago, in the inaccessible area of Siachen, the team of 8 differently-abled people made a world record by waving the Indian flag on the 'Kumar Post' situated at an altitude of more than 15,000 feet.

The Prime Minister hailed the contribution of more than 350 teachers who have joined the service of going from village to village and ensuring handicapped children get admission in school during the pandemic.