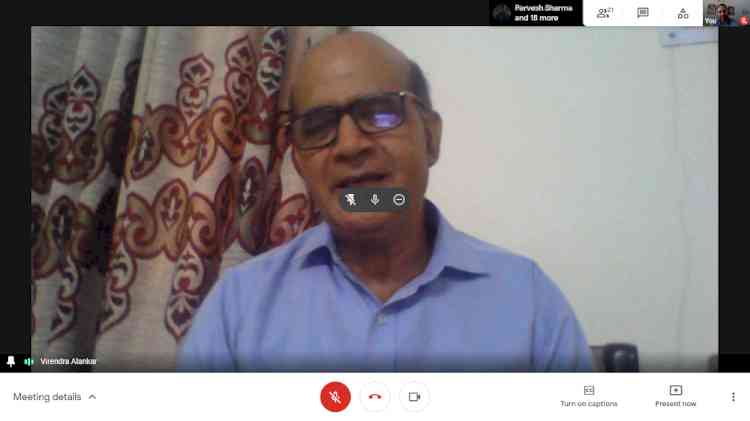 Chandigarh: Department of Urdu and Sanskrit, Panjab University jointly organized 4th online meeting of “Bazm-e-Adab” today.
Dr Ali Abbas, Coordinator described Ladakh region has a lofty life-line of language, linguistic, literature and literary Criticism. He said that the human society as a whole world always remain indebted to the Ladakh region lying in the lap of might Himalaya from where originated the never ending stream of language, linguistic, literature and literary Criticism.
Prof. V.K Alankar, Chairperson, Department of Sanskrit said that the area comprising of Jammu, Kashmir and Ladakh had made more than 80% of the contribution for the development of Sanskrit language, linguistic and literature. Language and literature connect various culture with each other, he added.
Mr. Mohd Shareef, a research scholar in the department of Urdu in his research paper on the development of Urdu short stories in the Ladakh area, highlighted various aspect of the Ladakhi culture depicted in the short stories. The main feature of these short stories is the absence of DOWRY which is a social stigma in other part of our country. Rich tribute was paid to eminent Urdu scholar  Prof.Shamim Hanafi.
Dr Zulfiqar Ali of the Persian department proposed vote of thanks.