2 women among 7 held for drug trafficking in Kerala 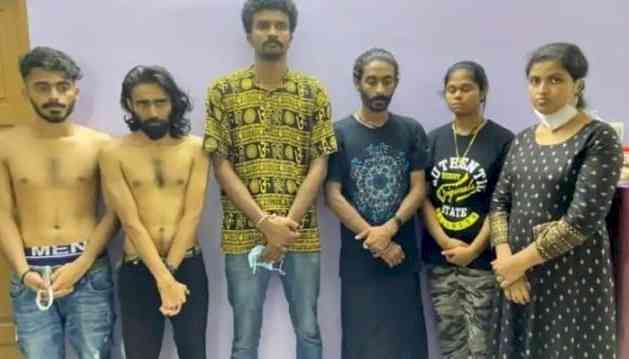 Kochi, Aug 19 (IANS) In a joint operation launched by the Customs and the Excise Department, a gang of seven, including two women, were taken into custody here on Thursday in connection with a drug trafficking racket.

Drugs worth Rs one crore were seized from them, said officials.

According to the agencies which worked together to nab the gang, they found out the modus operandi of this gang was to transport drugs from Chennai and Pondicherry in luxury cars.

When these cars carried the drug, the gang ensured that there was a presence of a woman and also an expensive dog as co passengers and this was meant to impress the officials, that the travellers in the car was a family so that they could travel without any sort of checking.

The present operation was a follow up to an earlier operation carried out at hotels here. All those arrested in the operation hail from various districts in the state.

Vasundhara Raje is back in BJP's posters

'Kashmiri Pandits asked to give undertaking if they don't...