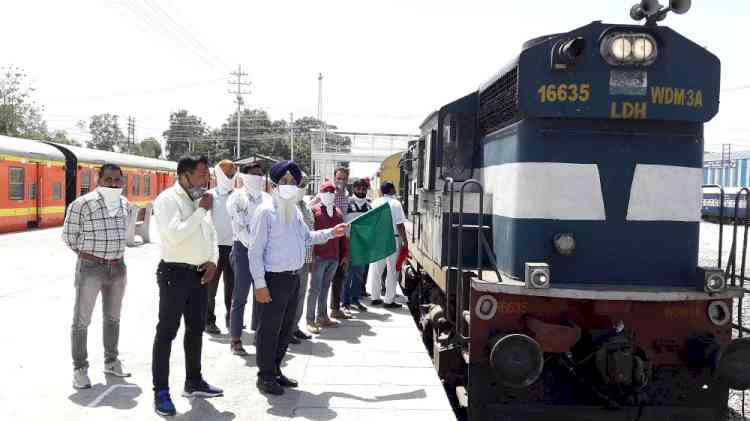 Ferozepur: Owing to the strenuous efforts of the state government led by the Punjab Chief Minister Captain Amarinder Singh the 12th ‘Shramik Express’ train with 925 migrants onboard chugged off from Ferozepur Cantt railway station to Bettiah district in Bihar.

The Punjab government was bearing the entire expenses of the train which was around Rs 9.52 lakh. The state government has till Tuesday has flagged off a total of twelve trains to various locations in Utter Pradesh and Bihar and 13th trail would chugged off to Bihar late in the evening. The expenditure of all the trains has been borne by the state government to fulfil its commitment to facilitate the migrant labourers in this hour of crisis.

On the directives of Deputy Commissioner Ferozepur Mr Kulwant Singh, the Nayab Tehsildar Mr. Gurtej Singh Gill, Lakhwinder Singh along with Kanoongo Mr. Rakesh Aggarwal, Patwari Mr. Simerpreet Singh, Mr. Amrik Singh and Mr. Deepak Kumar were overseeing the entire operations for smooth and hassle free movement of the migrants. The officials presented at the railway station flagged off the 12th Shramik Express train.  Apart from free travel the state government was also ensuring food for the migrants who were moving to their native state in the trains. Pertinently, the Captain Amarinder Singh led Punjab Government has sanctioned a whopping budget as a cost of transportation to ferry thousands of migrant labourers to their native states.

The Ferozepur administration has received the amount from the state government which was being paid to the Railways directly for providing tickets to the registered passengers thereby enabling them to go to their native states free of cost.

Likewise, a team of the Health department was screening every migrant who was coming to the station for boarding the train. The district administration had made adequate arrangements for maintaining social distancing amongst the passengers before boarding the train.

People facing extreme difficulty in getting ration through application provided... 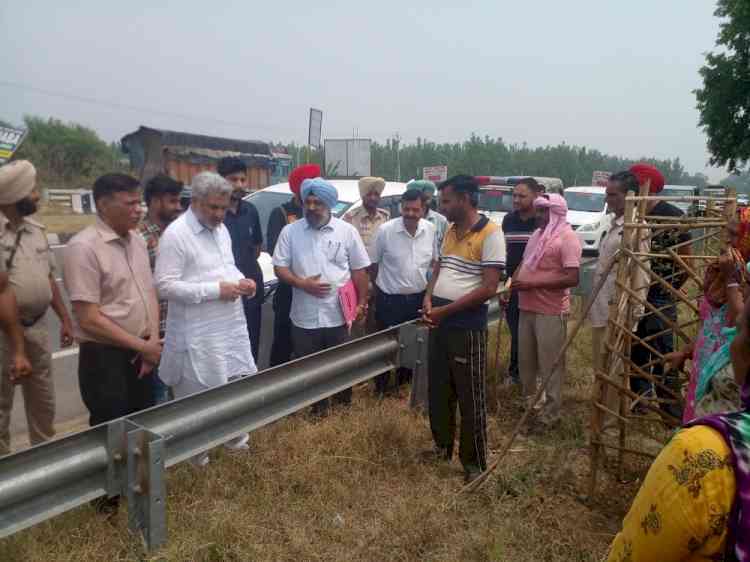